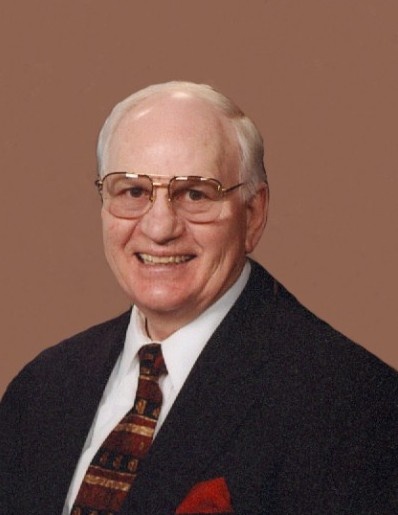 Eugene (Gene) Harold Hoefs, age 85, of Fergus Falls, MN, formerly of Wahpeton, ND, passed away on Friday, February 15, 2019, at Pioneer Care Center in Fergus Falls. Services will be at St. John’s Catholic Church, Wahpeton, on Thursday, February 21, 2019, at 11:00 am. Visitation will be two hours prior to the service at the church, with a Knights of Columbus Rosary at 10:00. Father Dale Lagodinski will be officiating. Burial will take place at Calvary Cemetery, Fairmount, ND, at a later date. Arrangements have been entrusted to Vertin-Munson Funeral Home in Wahpeton.

Eugene (Gene) was born on August 13, 1933, to Harold and Adeline (Gelle) Hoefs near Fairmount, ND. He grew up and attended school in Fairmount. He graduated high school in 1952, then went to North Dakota State School of Science in Wahpeton for one year. Gene enlisted into the United States Army on October 20, 1953 during the Korean Conflict and served until October 19, 1955. After his honorable discharge, he returned to NDSSS and completed his business degree in 1956.

Gene was united in marriage to Lois Gebhart on October 26, 1955 at St. Anthony’s Catholic Church in Fairmount. The couple lived on the family farm until 1960 when they moved to Wahpeton. After his schooling, he worked in banking in Fairmount, and later at Wahpeton National Bank. Gene was a business manager at Red River Valley Clinic from 1960 to 1970. Later he was the hospital and nursing home administrator at St. Gerard’s in Hankinson, ND. Gene retired in 1993 and continued to live in Wahpeton. Following his retirement, he assisted part-time at the Vertin-Munson Funeral Home until 2003. Lois passed away on August 31, 2008.

Gene was preceded in death by his parents, Harold and Adeline; his wife, Lois; and his son, Corey.

In lieu of flowers, the family wishes donations be made to St. John's Catholic Church School, or LB Hospice, formerly Lakeland Hospice of Fergus Falls.

Eugene's Memorial Folder
To order memorial trees or send flowers to the family in memory of Eugene Hoefs, please visit our flower store.