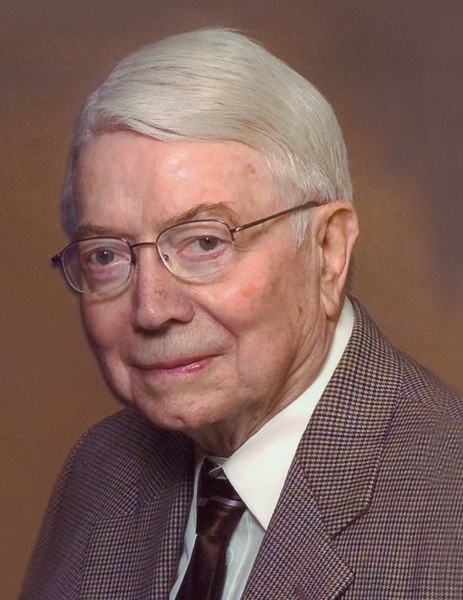 Everett M. Holtz, 93, Fargo, ND formerly Wahpeton, ND died Thursday, January 25, 2018 surrounded by family at Villa Maria, Fargo, ND.  Visitation will be Friday, February 2, 2018 at Edgewood Vista Chapel, Fargo, ND from 5:30 pm - 7:00 pm with a rosary at 6:00 pm and a prayer service at 6:30 pm. A Funeral Mass will be held Saturday, February 3, 2018 at 11:00 am, with visitation one hour prior to service at St. John's Catholic Church, Wahpeton, ND with Father Dale Lagodinski officiating. Burial will be at a later date in St. Mary’s Cemetery, Beardsley, MN.   Arrangements are entrusted to Vertin-Muson Funeral Home, Wahpeton.

Everett Melvin Holtz was born June 25, 1924 in Beardsley, MN. He attended the Country School and was taught by Doris Patterson, his favorite teacher. Everett then attended the Morris Ag School, in Morris, MN.

After graduation from Morris Ag, he enlisted in the U.S. Army and was stationed in Saipan and served his Country proudly. Immediately upon his return from Saipan, he began working with his uncle Ed Kalivoda in Browns Valley. They moved the business to Clinton, MN. Everett soon opened his own business, repairing engines of all kinds.

In September 1948, he married the love of his life, Lucille Welch. They moved to Clinton and were blessed with two daughters, and a son. In 1968, the entire family moved to Wahpeton, ND, where Everett began teaching Diesel Mechanics at the North Dakota State College of Science. His teaching career was an extreme sense of pride, especially when students would visit him years after their graduation. He retired from this career in 1987. One of the many highlights of his time as an instructor was taking students to the Vicca competitions

After retiring, Everett and Lucille enjoyed traveling to their winter home in Texas and living there 6 months of the year. They enjoyed dancing, playing cards and visiting with their many friends that also joined them in their Texas retirement communities.

While in Clinton, Everett had been an active Legion member and acted in the role of Commander for a number of years. He was also active on the Fairboard for Big Stone County. He was also instrumental in participating in the fundraising for the development of the Community’s first medical clinic and Nursing Home. While in Wahpeton, he was a member of the Eagles and was also active in the Knights of Columbus.

He is preceded in death by his wife Lucille Holtz, his parents Maynard and Josephine Holtz, his brother Clifford Holtz. Everett's Memorial Folder
To order memorial trees or send flowers to the family in memory of Everett Holtz, please visit our flower store.