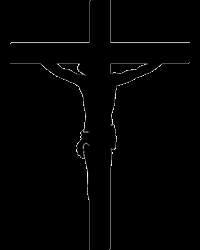 Frank Donald Randall, 88, passed away peacefully at his home in Fergus Falls, MN, on Tuesday evening September 20, 2022. A Memorial Service will be held in his honor at the St. John's Catholic Church in Wahpeton, ND, on Thursday, September 29, 2022, at 11 am. Visitation will begin an hour prior at 10 am, and his service will be officiated by Rev. Dale Lagodinski. Burial will be held after his service at the Calvary Cemetery in Wahpeton, ND. Arrangements have been entrusted to Vertin-Munson Funeral Home.

Frank Randall was born to Joseph and Mary (Steffens) Randall on February 1, 1934, in Wahpeton, ND. He grew up in Wahpeton with his eight siblings and graduated from Wahpeton High School in 1951. He took classes at NDSSS in Wahpeton before enlisting in the United States Army. He was deployed to France for three years and was sent home honorably discharged in 1957. On June 15, 1963, Frank was united in marriage to his love Carol Burvee at St. John’s Catholic Church. The two made their home in Breckenridge, MN, and started their family welcoming their four children, Joseph, Jennifer, Christine, and Caryn.

After many years in Breckenridge, Frank and his family moved to Underwood, MN. While he and Carol resided there, they would pack up before the snow and spend their winters in sunny Arizona. Frank enjoyed their travels and the many adventures he and Carol went on together. During his life, Frank was a farmer, bus driver, bussing supervisor, and mechanic for the Wahpeton Public Schools. He described himself as a “Jack of all trades, and master of none.” He made many friends from his different jobs, playing softball and billiards, and called his neighbors friends. He kept up with all his friends and would be sure to be at their funerals for every one gone before him. Some say he was a great friend because you always knew where you stood with him.

Frank loved his family. He was a caring and wise husband, father, and grandfather. He enjoyed attending his children and grandchildren’s sporting events, fishing with them or just taking the boat out with Carol. He was an avid fisherman taking the boat out to South Turtle and East Battle Lake. Twin Lake was a favorite, until Carol out fished him, but he would never admit that. As a true fisherman he cleaned and prepared the catch of the day for his family and friends.

In lieu of flowers, Frank’s family ask that you donate to a charity of your choosing in honor of Frank.

“Grant me, O Lord my God, a mind to know you, a heart to seek you, wisdom to find you, conduct pleasing to you, faithful perseverance in waiting for you, and a hope of finally embracing you.