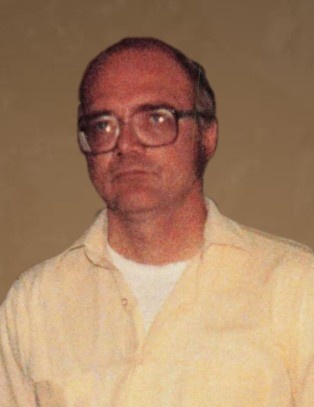 Gary G. Weiss, age 70, of Bismarck, ND, passed away Thursday, September 9, 2021, at St. Vincent's Care Center in Bismarck. He died knowing that he was cared for by family members as they spent time with him during the last week of his life. Visitation will be held on Wednesday, September 15, 2021, from 4 PM to 6 PM followed by his 6 PM prayer service at Vertin-Munson Funeral Home in Wahpeton, ND. Visitation will continue on Thursday, September 16, 2021, at St. John's Catholic Church in Wahpeton, from 10:30 AM to 11:30 AM followed by his 11:30 AM Mass of Christian Burial. Fr. Dale Lagodinski will officiate the service. Burial will be in Fairview Memorial Gardens, Wahpeton. Arrangements have been entrusted to Vertin-Munson Funeral Home.

Gary George Weiss was born on December 14, 1950, in Breckenridge, MN, to George and Florence (Differding) Weiss. He graduated from Wahpeton Senior High School and went on to graduate from North Dakota College of Science in Wahpeton in 1971. Then he went to work for Montana Dakota Utilities (MDU) from October 18, 1971, to December 29, 2020, when he retired. This was his first and only job he had. He enjoyed working and talking about MDU.

He was affiliated with the Roman Catholic church where he was baptized and confirmed. He attended Corpus Christies Catholic Church in Bismarck. Gary’s hobbies included gardening, yard work, and playing softball for MDU.

He loved spending time with his family. He would go out of his way to spend time with the family. When he was out on the road for work, and he was in the area he would attempt to have a meal, with the family. He would go out of his way to support the family member even taking time off work to go and help that family member. He would even help relatives pack moving trucks so the person could move easier and quicker instead of making the family move themselves. He would also try to go to the family reunions so he would have quality time with the family. He made sure to spend time with his two nephews and be a part of their lives. Especially when they were younger and lived close by. After moving, he would make trips to see them when they lived about two hours from him. Often making trips to watch them play sports and made holiday’s special for them.

Gary even cared for his mother most of his life. He was her primary caretaker and would go out of his way to keep her happy. Always putting her first.

He was preceded in death by parents, George and Florence Weiss and grandparents, William and Hazel Weiss.

To order memorial trees or send flowers to the family in memory of Gary Weiss, please visit our flower store.