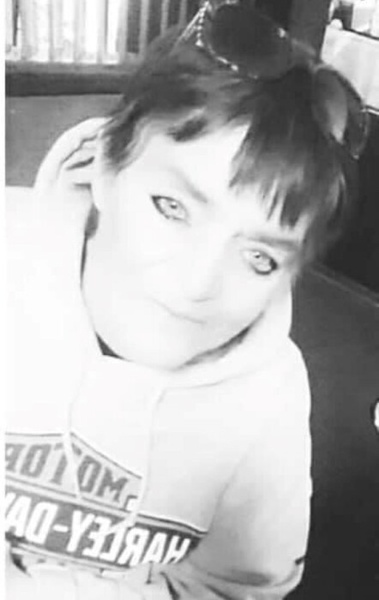 Gayle was born on December 29, 1955 in Breckenridge, MN to parents Merlyn DeFries and Shirley (King) DeFries.  She spent her childhood years and grew up in Foxhome, MN, where she attended elementary and middle school, through eighth grade. Foxhome kids were bused to Breckenridge, MN for high school and she graduated from Breckenridge High School in 1974.

She lived in Chicago, IL, Beeville, TX, and McAllen, TX, before moving to Foxhome, and finally to Breckenridge, MN.

Gayle was baptized and confirmed at Foxhome Lutheran Church.  She had the surprise of her life when she went to the doctor with abdominal pain and came home with a baby!!  Gayle’s only child, daughter, Amanda Shirley DeFries, was born March 10, 1980.

Gayle worked at the US Naval Air Station in Beeville, TX – she refueled one of the US President’s airplanes!  She also worked for several years at Minn-Dak Farmer’s Cooperative, St. Francis Nursing Home, St. Catherine’s Living Center, and Red River Human Services Foundation.

She married Bruce Olson on March 12, 1999.  They had been married 20 years, nearly 21 years, when Bruce died January 15, 2020 at Sanford Hospital in Fargo, of a stroke, after a fairly routine surgical procedure.

Gayle loved to spend time with her friends at Grumpy’s in Breckenridge, MN, where she loved to sip on her favorite, a Bacardi Limon and Diet Coke.  She loved spending time at the casino and cooking for people, especially during the holidays. She enjoyed listening to music. Her favorite car she owned was a 1969 or early 70s black Mustang Mach I.  She always said she wanted to own another Mustang or Jeep before she died.

To order memorial trees or send flowers to the family in memory of Gayle Olson, please visit our flower store.