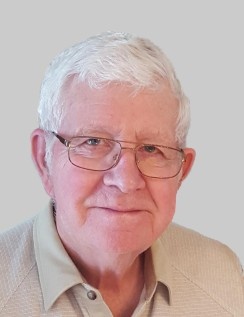 George Mallinger, age 75, of Lidgerwood, ND, passed away on Friday, January 4, 2019, at Elim Care Center, Fargo, ND. Visitation will be held from 5:00 pm to 7:00 pm, followed by a prayer service at 7:00 pm, on Friday, January 11, 2019, at Wyndmere Lutheran Church in Wyndmere, ND. Visitation will continue on Saturday, January 12, 2019, from 9:00 am to 10:00 am, followed by the funeral service at 10:00 am at Wyndmere Lutheran Church, with Pastor Harvey Henderson officiating. Interment will be at Elk Creek Cemetery, rural Wyndmere. Arrangements have been entrusted to Vertin-Munson Funeral Home, Wahpeton.

George was born on May 4, 1943, to Ransom and Beatrice (Trinka) Mallinger, in Veblen, South Dakota. He attended Dexter #3 Country School, then Lidgerwood Public School through the 8th grade. He attended high school in Wyndmere and graduated in 1963. George attended North Dakota State School of Science for one year for Diesel Mechanics. He then returned to the family farm in Lidgerwood, which he passionately ran until his retirement after the harvest of 2011. He loved farming so dearly that he used to say, “It isn’t only what I do; It’s my hobby.”

George was united in marriage to Kathleen Hosman on December 12, 1970, at Olivet Lutheran Church in Fargo, ND. In addition to farming, George’s faith and his family were most important to him. With Kathleen always by his side, they raised their daughters on their farm, and he was a proud Grandpa to seven grandchildren. He would attend as many of their activities as he could.

George was a member of the Dakota Antique Toy Club of Lidgerwood. He and his fellow club members would have tractor rides for charities. George would drive his 1945 International “I.H” tractor for these and many other events, including small town parades around the area. George had a knack for restoring farm toys and enjoyed participating in toy tractor shows. George was a member of Wyndmere Lutheran Church, of which he served on the church council. He also served as a Board Director for the Farmers Elevator in Lidgerwood. George also loved deer hunting, and traveling on many trips with his family.

He was preceded in death by his parents, Ransom and Beatrice; a sister, Dorothy Mathiesen; a brother-in-law, Duane Mathiesen; a nephew, David Mathiesen; and a niece, Renee Marable.

George’s family would like to express their sincere appreciation to the staff at Elim Care Center and Hospice of the Red River Valley.  The love and care you provided George and his family was greatly appreciated. George's Memorial Folder
To order memorial trees or send flowers to the family in memory of George Mallinger, please visit our flower store.