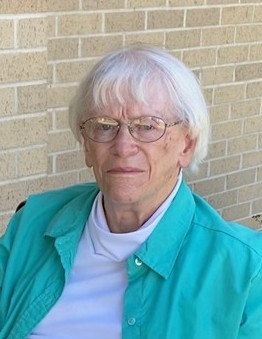 Geraldine “Gerry” Paczkowski, 91, of Wahpeton, ND, passed away at Sanford Hospice House in Fargo, ND, on Saturday, August 8, 2020, due to a stoke. With the current health concerns impacting the country, a private family graveside service will be held in the coming days.

Geraldine was born in Fond du Lac, WI, on July 20, 1929, to Robert and Mertie (McNitt) Braatz. After Geraldine’s mother, Mertie, passed away during her infancy her father and grandmother, Ruth, raised her. In 1947, Geraldine graduated from Lidgerwood High School and continued her education at Valley City College where she obtained her Associates degree in 1949.

After college, Geraldine taught country school in Wyndmere and Lidgerwood. Later, she was united in marriage to Donald Wall on March 20, 1952. They were married for 13 years before the tragic accident that took Donald’s life in 1965.

On June 3, 1972, Geraldine was united in marriage to Mike Paczkowski in Veblen, SD, at St. John’s Church where they were members. They made their home in rural Cayuga, ND. They enjoyed traveling, especially visiting other countries, and going on road trips. In the winters, they enjoyed their second home in Mesquite, NV. Mike went to be with the Lord on November 20, 2019.

Some of Gerry’s favorite hobbies were reading books, reading the newspaper, watching the local news.

In lieu of flowers, please make a donation to the Leach Home in Wahpeton.

To order memorial trees or send flowers to the family in memory of Geraldine Paczkowski, please visit our flower store.