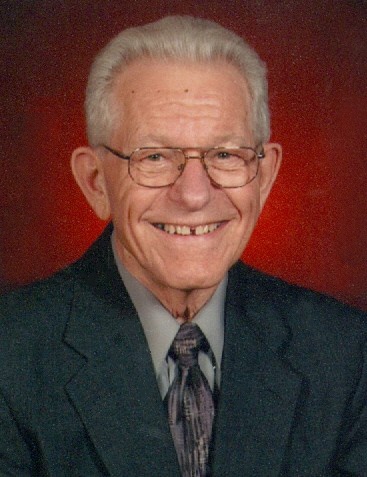 Gerald “Jerry” E. Braun, age 87, of Wahpeton, ND, passed away Wednesday, January 15, 2020, at St. Catherine’s Living Center in Wahpeton. Visitation will be held on Monday, January 20, 2020, from 5:30 PM to 7:30 PM, followed by a prayer service at 7:30 PM at Vertin-Munson Funeral Home in Wahpeton. Visitation will continue on Tuesday, January 21, 2020, from 9:30 AM to 10:30 AM, followed by his funeral service at St. John’s Catholic Church in Wahpeton. In lieu of flowers, please make a donation to St. John’s Catholic Church, St. Catherine’s Living Center, or a hospice organization of your choice. Arrangements are entrusted to Vertin-Munson Funeral Home.

Gerald was born on July 20, 1932, to Joseph and Elnora (Ferringer) Braun in Rosholt, SD. He attended schools there thru the 8th grade. He then worked on the family farm and for neighbors until joining the US Army from 1952-1954. Later, he moved to Little Falls, MN, where he worked as a police officer and mechanic. He married Beverly Weiss in October of 1956. The couple had 4 children, Cynthia, Cheryl, Greg, and Brenda. Beverly passed away in April of 1962.

In June of 1963, he married Bernadine Johnson. They had 2 children, Myron and Toni. At that time, they lived in Wahpeton, where he worked for Smith Motors. In January of 1992, Bernadine passed away. After a while, he met a special friend Ruth Kemper. They were together until Ruth passed away in 2010.

Gerald worked as a mechanic and service manager until his retirement. He loved woodworking, repairing mowers, snowmobiles, and any time someone needed something fixed or built, he helped them out. He enjoyed spending weekend afternoons and evenings helping relatives farm the land or just visiting and playing cards. He loved company around the dinner table to discuss and solve all of the world’s problems. His favorite TV show was All Star Wrestling, even to the end. Not a good idea to listen to him while watching it though! He wasn’t a big sports fan but did follow his kids in their activities.

He was preceded in death by his wives, Beverly and Bernadine; parents, Joseph and Elnora; 5 brothers, Ambrose, Vincent, Leander, Mervin and Jerome; a daughter, Cynthia; special friend, Ruth; his granddaughter, Haley; and his daughter-in-law, Sue.