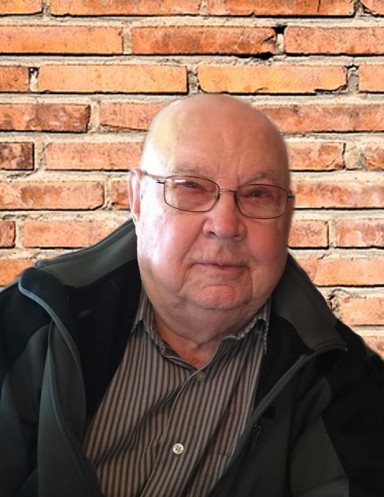 Glenn Wateland, 87, of Wahpeton, ND, passed away on Thursday, October 3, 2019 at the Leach Home in Wahpeton.  Visitation will be held on Wednesday, October 9, 2019 from 12:00 PM to 1:30 PM, followed by his memorial service at 1:30 PM at Breckenridge Lutheran Church, Breckenridge, MN.  Rev. Mark Manning will officiate the service.  Burial will be at Fairview Memorial Gardens, Wahpeton.  Arrangements are entrusted to Vertin-Munson Funeral Home.

Glenn Curtis Wateland was born on December 30, 1931 near Galchutt, ND, to Melvin and Olga (Bakken) Wateland.  He grew up near Galchutt where he attended school.  Glenn enlisted in the US Army and was stationed in Okinawa, Japan.  During his time in the Army, he enjoyed playing baseball, and was able to play against some of the all-time greats.

Glenn was united in marriage to Beverly Halstenson on November 19, 1955 at the Dwight, ND Lutheran Church.  The couple made their home in Wahpeton and Breckenridge where they raised their family.  Glenn was employed by Red River Implement for 35 years.

Glenn was a member of Breckenridge Lutheran Church.  He enjoyed tending to his garden, watching the Minnesota Twins and Vikings, square dancing, and riding his bicycle to work.  He was well known for his baseball and softball abilities, and he played in several different leagues.  What Glenn loved the most, however, was spending time with his grandchildren and attending their various activities.

He was preceded in death by his parents, Melvin and Olga; his wife, Beverly; his son, Curtis Wateland; his siblings, Jervis Wateland, Wallace Wateland, Kermit Wateland, and Betty Johnson. Glenn's Memorial Folder
To order memorial trees or send flowers to the family in memory of Glenn Wateland, please visit our flower store.