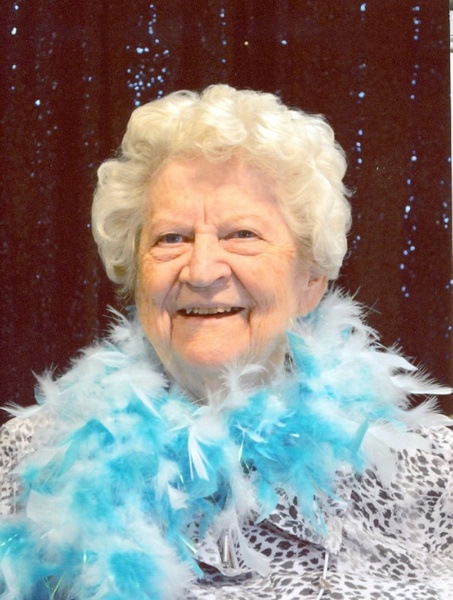 Gloria Lund, 91, of Breckenridge, MN, passed away on Saturday, May 23, 2020 at CHI St. Francis Nursing Home in Breckenridge.  A graveside service will be held on Wednesday, May 27, 2020 at 10:00 AM at Fairview Memorial Gardens in Wahpeton.  A memorial service to remember Gloria's life will be held at a later date.  In lieu of flowers, donations can be sent to CHI Health at Home Hospice, the Leach Home, or St. Francis Nursing Home.  Arrangements are entrusted to Vertin-Munson Funeral Home.

Gloria Marlys Wateland was born on June 22, 1928 to Melvin and Olga (Bakken) Wateland in Wahpeton, ND.  She grew up in Ibsen Township near Galchutt, ND.  Gloria and her sister, Betty, lived in an apartment in Wahpeton so they were able to attend Wahpeton High School, where she later graduated from in 1945.

On December 28, 1950, Gloria was united in marriage to Carl Lund.  The couple made their home in Breckenridge, MN, where they raised their three children.  Gloria worked at Cal’s Diner and Carl’s Steakhouse in Breckenridge until she started at First Federal Bank in 1975, where she worked until her retirement.  Gloria and Carl enjoyed living and spending time on Blanche Lake, MN, and actively followed their children in their various activities.  After Carl passed away, she lived at the Leach Home in Wahpeton for six years and most recently at St. Francis Nursing Home in Breckenridge.

Gloria was an active member in Breckenridge Lutheran Church where she served in her Church Circle.  She enjoyed being a part of her Homemaker’s Club, as well as crocheting, and sewing.  Gloria especially loved spending time with her grandchildren at the lake.

She was preceded in death by her parents, Melvin and Olga Wateland; her husband, Carl Lund; and her siblings, Jervis, Wallace, Kermit, Glenn, and Betty.

Gloria’s family would like to thank the staff at the Leach Home and St. Francis Nursing home for their wonderful care through the years.

To order memorial trees or send flowers to the family in memory of Gloria Lund, please visit our flower store.