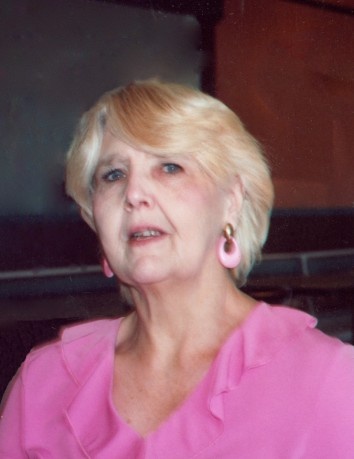 Gloria Pazdernik, 79, of Fargo, ND, formerly of Breckenridge, MN, passed away Sunday, July 28, 2019 at Sanford Medical Center in Fargo, surrounded by her loving family.  Visitation will be on Friday, August 2, 2019 from 10:00 AM to 11:00 AM followed by the Funeral Service at 11:00 AM at Vertin-Munson Funeral Home in Wahpeton, ND. Pastor Rene Hasbargen will officiate the service.  Burial will be in Fairmount Cemetery, Fairmount, ND.  Arrangements have been entrusted to Vertin-Munson Funeral Home.

Gloria Florienne Swenson was born on May 26, 1940 to Carl and Muriel (Smith) Swenson in Fergus Falls, MN.  She grew up in Fergus Falls where she attended school and was very involved in the music program.  Gloria was united in marriage to Richard Pazdernik on December 1, 1957 at Zion Lutheran Church in Fergus Falls.  The couple made their home in Breckenridge where they raised their family.  She worked at the Blazer and later at NDSSS before having to retire due to health reasons.  She and Richard moved to Fargo in 2018 where she resided until the time of her passing.

Gloria loved music.  She was part of a band when she was younger, and she continued to sing, as well as play guitar, piano, and the accordion.  She was a devote Christian and her faith was deep.  If you knew Gloria, you have undoubtedly been preached to and prayed for.  She enjoyed watching tv shows, especially Trinity Broadcasting, westerns, and Alaskan Shows.  She always looked forward to visits and having coffee at the Fryn’ Pan with her special friend, Roselyn Schwartz.

It was Gloria’s wish that the following poem that she wrote, Genuine Love, be included in her obituary.  “Genuine love can never die; Genuine love is just alone cries deserted by all yet never alone.  Genuine love came not from a seed.  Genuine love came from a need.  Genuine love cast out by its own.  It turns not away, though rejection was shown.  It pulls much closer to our Savior’s side.  Nothing is too difficult if our strength is all in him.  We can forgive the deepest hurts when we know he took away all sin.  Sin can not affect you when you daily live with God’s word.  For sin’s power has been broken, of this I am assured.  Genuine love can’t hold a grudge or separate a church.  For it depends not on its own when found in some great lurch.  For it breathes love for hate and lays down its life, gives all it has, just to prevent strife; goes the last mile; though it be alone; sows seeds of love that our Father’s way might be shown.  For it already knows that the Kingdom will come, but how can it come if God’s will is not done?  For his perfect will for you and for me is to walk in his love that sets the soul free.”

She is survived by her husband of 61 years, Richard Pazdernik, Fargo; her children, Joe (Anne) Pazdernik, Twila Pazdernik, and Tim (Teresa) Pazdernik, all of Fargo; her grandchildren, Jamie, Hayley, Lucas, Christen, Crystal, and Vanessa; her great-grandchildren, Pepper and Emma; two sisters, Marilyn Olson and Audrey Umhauer; and several nieces, nephews, and other family members.

She was preceded in death by her parents, Carl and Muriel, and her mother and father-in-law, Melvin and Lucille Muehler. Pazdernik's Memorial Folder
To order memorial trees or send flowers to the family in memory of Gloria Pazdernik, please visit our flower store.