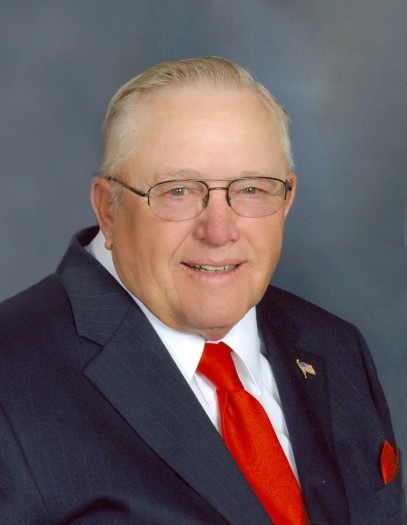 Gordon M. Johnson, 86, West Fargo, ND, formerly Mooreton, ND, passed away, Sunday, February 11, 2018 at Sanford Palliative Care, Fargo. The Funeral Service will be Friday, 11:00 a.m., at Bethel Lutheran Church, Wahpeton, with Rev. Gordon Lee officiating. Visitation will be one hour before the service at the church on Friday.

Gordon Marcus Johnson was born September 30, 1931 in Fergus Falls, MN, the son of Melvin and Esther (Gunvaldson) Johnson. He grew up near Mooreton where he attended elementary school and graduated from Wahpeton High School in 1949. Gordon was united in marriage to Muriel Huberty on September 29, 1951. The couple lived and farmed on the home farm where he raised cattle for a few years, hogs and was a grain farmer for many years. He was a 4-H Leader, served as Mooreton Township Board for 20 years and served as Chairman. He was appointed to Richland County Water Resource Board and held positions of Vice Chairman and Chairman. He also was on the Red River Valley Water Supply Committee, Red River Joint WEB Delegate, as well as a Southern Valley Initiative Delegate.

Gordon was active in Mooreton Lutheran Church where he was a Sunday School Superintendent and President of Church Council. He served as Chairman of Mooreton Farmers Elevator Board, Mooreton School Board, Director and Chairman of Mooreton rural Fire Department, Charter Member of Bagg Bonanza Farm and Mooreton Community Club Member.

Gordon was a good steward of the land, a jack of all trades and enjoyed bowling and camping.

He was preceded in death by his parents, two brothers, Richard Johnson and Clifford (Diana) Johnson, a baby sister, Mary, and a brother-in-law, Gene DeVries. Gordon's Memorial Folder
To order memorial trees or send flowers to the family in memory of Gordon Johnson, please visit our flower store.