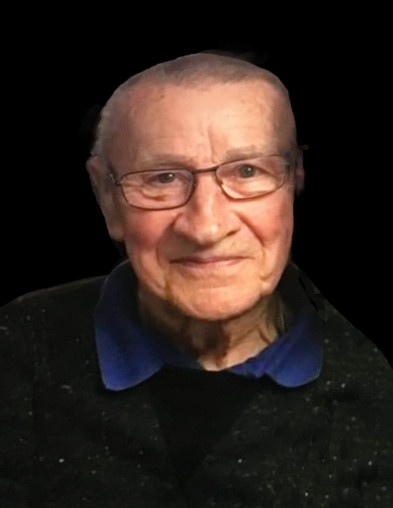 Gordon F. Schmitz, 88 of Fargo, ND, passed from this world on May 16, 2022, in the care of SMP St. Catherine's South of Fargo, ND.  His Mass of Christian Burial will be at St. John’s Catholic Church in Wahpeton, ND, on Monday, May 23, 2022, at 11:00 am, with visitation one hour prior to the service.  Fr.  Riley Durkin will officiate the service. His service will be livestreamed to his obituary page at www.VertinMunson.com. Memorials can be made to Veterans Association or your favorite charity in honor of Gordon.  Arrangements have been entrusted to Vertin-Munson Funeral Home, Wahpeton.

Gordon Fredrick Schmitz was born at the family home in Mantador, ND, on December 14, 1933, to Fred and Gladys (Woiwode) Schmitz.  Gordon graduated from Hankinson High School.  After high school, he enlisted in the Air Force and served his country for four years.  When he came home, he attended college in Minneapolis for two years, learning the trade of Electronic Technician.  After his graduation, he went to work for AT&T in October of 1960, he remained employed there until his retirement in 1991, having served 31 years for the same company.

He met the love of his life, Mabel in the restaurant she owned outside of Hankinson, ND.  They married October 23, 1970.  They then moved to Casselton, ND.  In 1974, they built a beautiful new home and resided there until September 2019, having spent 45 wonderful years there.  When the time was right, he and Mabel then moved into the Cheyenne Crossing Assisted Living Apartments.

Gordon and Mabel enjoyed hunting, fishing, growing a big garden, and working on their beautiful yard.  They took much pride in keeping their home and lawn in tip-top shape.  They had also purchased a retirement home in Mesa, AZ, and spent four months out of the year there.

Gordon took Mabel’s four daughters into his heart and treated them like his own.  He is survived by Delores Differding, Dorine Green, and Diane (Eugene) Johnson; 13 grandchildren; great-grandchildren, and several nieces and nephews.

He was preceded in death by his parents; four sisters and brothers-in-law, Virginia and Wendell Langendorfer, Phylis and James Stamness, Jane and Orville Nold, and Mercedes and Arnold Swenson; daughter and son-in-law, Deborah and Lou Flanders; and sons-in-law, Peter Differding and David Green.

On January 12th of this year, Gordon lost his loving wife, Mable.  After his funeral mass, both Gordon and Mabel will be laid to rest together at Fairview Cemetery, Wahpeton.