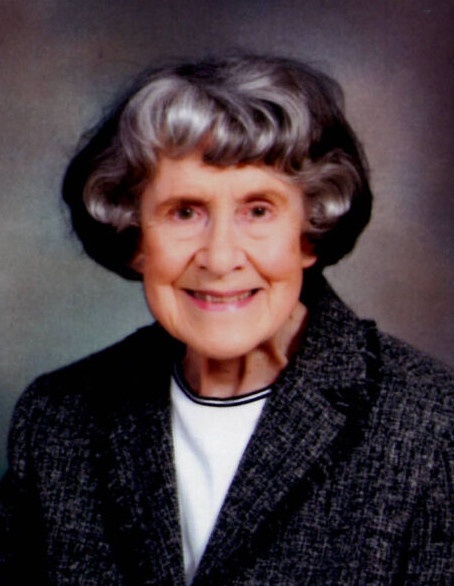 Grace played French horn in grade and high school as well as with the Wahpeton City Band during public events. Music and her artistic abilities filled her life as it did with all of her siblings. Grace met her husband Dale Wallis who had known her father, Nicholas, musically prior to meeting Grace. On March 26, 1951 they married in a small ceremony on an Easter Monday. Of their many activities, they enjoyed spending time with friends and neighbors Square and Round Dancing in the Wahpeton area.  Dale passed away in August, 2008 at the age of 86.

Grace lived a long and full life in Wahpeton where she was an outstanding cook and baker, and passed down a large collection of her favorite recipes. She was also known to carry on conversations with complete strangers about her cooking and family members with both parties ending in laughter and smiles.

Grace is survived by her 3 sons; David, Paul (Deb), and Mark; 2 grandchildren, Michael and Matthew Wallis.

Grace was a lifelong member of St. John’s Church, with her last days spent at the Leach Home in Wahpeton and was well known for her smile.

The Wallis family would like sincerely thank the staff at The Leach Home of Wahpeton for their outstanding care and dedication to Grace and their residents.

Memorial Mass will be 11 a.m. Friday, September 23, 2022, at St. John's Church in Wahpeton with visitation one hour prior.  Burial to follow lunch at Calvary Cemetery, Wahpeton.

Vertin-Munson Funeral Home in Wahpeton has been entrusted with arrangements.  In lieu of flowers, the family requests that any memorials be made to The Leach Home of Wahpeton or the charity of their choice.