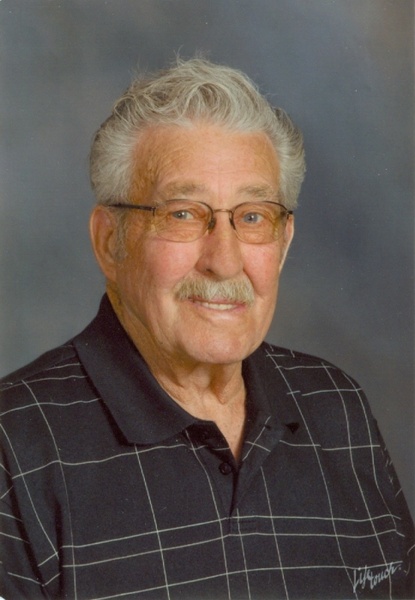 Grenville Miller Sr., age 92, of Wahpeton, ND, passed away at his residence surrounded by his family on Saturday, May 25, 2019. There will be a visitation at Vertin-Munson Funeral Home, Wahpeton, on Wednesday, May 29, 2019, from 5:00 pm to 7:00 pm, with a prayer service at 7:00 pm. The funeral service will be at Immanuel Lutheran Church, Wahpeton, on Thursday, May 30, 2019, at 2:00 pm, with a visitation one hour prior to the service at the church. Vertin-Munson Funeral Home in Wahpeton is entrusted with arrangements.

Grenville Miller was born on April 22, 1927, to August and Margaret (Mueller) Miller, in Fairmount, ND, where he grew up and attended school. He worked both on and off the family farm as a farm laborer.

Grenville entered the United States Army on August 4, 1950, serving his country in the Korean Conflict. He received his honorable discharge on August 3, 1953 as a Sargent. He was a member of the American Legion Post 106 of Fairmount.

Grenville was united in marriage to Lorraine Hoss on July 3, 1952 in Webster, SD. Upon returning home from the Army, he worked for the Kent-Doran Elevators in Campbell, MN, and later for the Northwest Box Co. of Minneapolis. In 1962, the couple moved to the family farm by Fairmount to continue farming it, and during this time he also worked for Northwestern Sheet & Iron Works for 17 years. In 1979, the family moved to Wahpeton, where Grenville worked for 3M Co. for 8 years, retiring in 1992. After retiring, he worked as a security guard at Cargill part-time.

Grenville was a skilled woodworker at making many beautiful things; he especially enjoyed making clocks and pieces of furniture to give to his family and friends. He liked to read and was fond of reading farm magazines and the local newspaper. He liked vegetable gardening and was a great jam maker. Grenville enjoyed taking his Dodge pickup for a drive to check out the fields while listening to old country music.

Grenville was a very kind and gentle man. He loved to help people, and he loved his family dearly.

He was preceded in death by his parents, August and Margaret; 7 brothers: Donald, LeRoy, Dallas, Duane, Harry, Glen, and Carl; and a sister, Betty Kunkle.