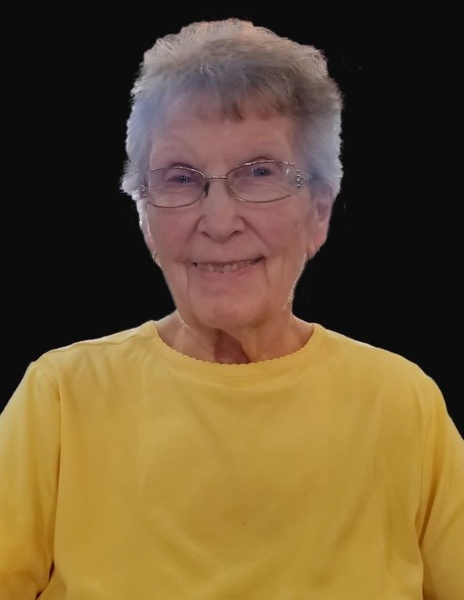 Gwendolyn “Gwen” Ann Bartelson, 86, Breckenridge, MN, formerly Parshall, ND, passed away Thursday, May 28, 2020, at CHI St. Francis Nursing Home in Breckenridge.  Services will be held at 11:00 AM on Tuesday, June 16, 2020 at St. Anthony’s Catholic Church in New Town, ND. For those attending the service please wear a mask.  Inurnment will be at Rosehill Memorial Cemetery in Minot, ND. Condolences may be posted on the funeral home website or sent to Vertin-Munson Funeral Home, PO Box 6, Wahpeton, ND  58074.  Arrangements have been entrusted to Vertin-Munson Funeral Home.

Gwen was born May 1, 1934, to Herman and Violet (Sanderson) Fevold in Van Hook, ND.  At an early age, she went to work for Ivan and Betty Avery, helping on their farm in rural Parshall where she met her first husband Robert Odermann. Gwen and Robert were united in marriage in 1951, and together had six children. After his death, she married Walter (Bud) Wolanski in 1963, and together had one daughter.  After Bud’s death, Gwen continued to live on the family farm for several years and raised her children.

In 1978, she married Ivol Bartelson and they made their home in Parshall. The couple loved wintering in Arizona until 2000, when they moved to Mesa permanently.  Gwen enjoyed traveling, especially visits to see her children and grandchildren. She had several hobbies including; ceramics, knitting, crocheting, and painting.  Gwen also loved listening to music, reading, and word search puzzles.  In 2015, Gwen moved to Minnesota to be closer to family and lived there until her death.

To order memorial trees or send flowers to the family in memory of Gwendolyn Bartelson, please visit our flower store.