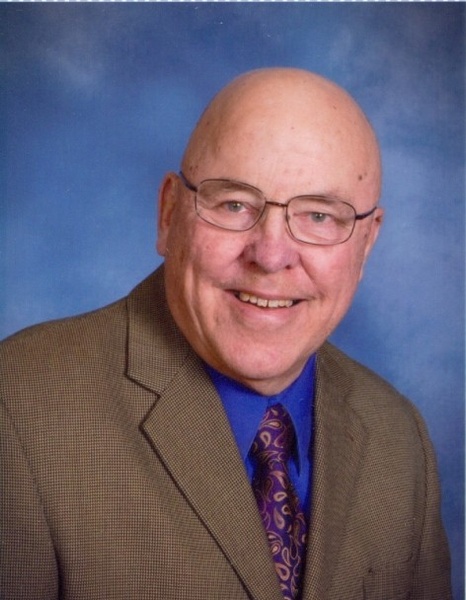 Harold Narum, 77, of Amidon, ND, and Wahpeton, ND, formerly of Galchutt, ND, passed away on Monday, June 24, 2019 at St. Catherine’s Living Center in Wahpeton.  His funeral service will be held on Thursday, June 27, 2019 at 5:30 PM CST, with one hour of visitation prior to the service, at Bethel Lutheran Church in Wahpeton.  Another funeral service will be held on Saturday, June 29, 2019 at 11:00 AM MST at the Slope County Fairgrounds in Amidon, ND.  Burial will be at Norman Lutheran Cemetery, Amidon.  In lieu of flowers, Harold’s family will give donations to his favorite charities.  Arrangements are entrusted to Vertin-Munson Funeral Home, Wahpeton.

Harold passed away on June 24th, 2019 at the age of 77 while surrounded by his family, after a long fight with multiple types of cancer. This obituary is a tribute to Harold, someone who always lived life to the fullest, smiled at every challenge and brightened the lives of everyone who was lucky enough to meet him.

Harold was born in Bowman, ND on August 1st, 1941 to Kliford and Agnes Narum.  He has one younger sister, Arletta Herman. He attended country school before graduating from Bowman High School.

Some of Harold’s favorite memories growing up included teasing his little sister, exploring the escaping his playpen and wandering to the creek when he was a toddler, and hunting rabbits from the hood of his Ford tractor with his cousin Roy and Jim Parkin.  Harold’s love for farming started at about the age of 7 when he started helping his father farm, milk cows and gardening.

After high school, Harold enlisted in the army.  He attended boot camp at Fort Leonard Wood, MO, and served his country from April, 1962 through March of 1965.  Most of his service was in Berlin, Germany as a Military Police Officer.  Harold’s favorite memory from his service was having the honor to protect President John F. Kennedy in Berlin while the president delivered his “I am a Berliner” speech.  After, three years of service, Harold returned home to farm.  Harold was proud to be a farmer and lived on the 3rd generation family farm.

Harold loved the Slope County Fair.  This is where Harold met Linda Bredwick.  He was introduced to Linda as, “Slope County’s most eligible bachelor”.  Harold and Linda were married in 1971.  In 1981, Harold and Linda adopted their daughter, Dawn Kubela.  Dawn became the sparkle in Harold’s eye and he adored her. Harold and his family lived in Amidon on the family farm where he farmed until they moved to Galchutt in 1991.

Harold was blessed to have the opportunity to work for Gorder and Braaten Farms for a combined 20+ years, deciding to work at Bigwood Electric rewinding electric motors.  At the age of 58, Harold decided it was time to attend college.  One would think that at the age of 58 it would be pretty difficult to fit into the “young college” life…. Harold thrived.  His class mates were drawn to his magnetic personality.  There were a couple times they would ask Linda, “Can Harold come and play with us?!”

Harold was the “perfect” grandpa to two grandkids, Signe and Bjorn.  He loved to spend time with them cuddling, napping, playing cards and following them to their activities.  Harold enjoyed getting to know Bjorn’s baseball and basketball buddies and their families as well as taking Signe and her friends shopping and out to eat with Grandma, Linda.  Harold had a special relationship with his son-in-law Jake who he loved as a son.  Harold and Jake enjoyed many things together….. but teasing Linda was at the top of the list! They would often make off putting comments when she was sitting there, and then just look at each other with a grin as she would respond.  Harold was filled with joy to meet Dawn’s birth family and spend many holidays together.

Wherever Harold and Linda went, together they brought a powerful positive attitude, and they were always open and willing to do whatever they could to help others.  Anyone who met Harold will never forget his firm and loving handshake, and his infectious smile.  Harold enjoyed volunteering his time as a fireman, school board member and was on the church council in Amidon and Galchutt.  Harold’s most recent service included serving the homeless at Churches United, helping with school back pack program and Amidon Food Pantry. God shaped this man, His man, into a servant of faith, love and action.

One of Harold’s last things he completed on his “Bucket List” was attending his 60th class reunion.  He made the trip to Bowman, and was showered with Love during a get together with his close family and friends the day following the reunion.  Harold lived and loved life to the fullest and will always be remembered for his genuine kindness to others.

Despite Harold’s health challenges, keeping up the farm was still top on Harold’s list. We want to extend a heart felt thank you to our special friends Tim and Marla for always taking care of the farm as if it was their own. The house was always warm in the winter and the yard was immaculate in the summer. Harold thrived.

Harold is survived by his wife, Linda Narum; daughter Dawn Kubela (Jake), grandchildren Signe and Bjorn; sister Arletta Herman (Wayne) and their children Jandy Jorgenson (Tom and Tanner), and Lee Herman; sister and brother in laws; Nancy Transtrom (Gene); Patsy Levang (Gary); Jim Bredwick (Merna); Nieces and nephews that are too many to list, but loved just the same.

These stories are just a few of the highlights from the celebration that was Harold’s life. Harold's Memorial Folder
To order memorial trees or send flowers to the family in memory of Harold Narum, please visit our flower store.