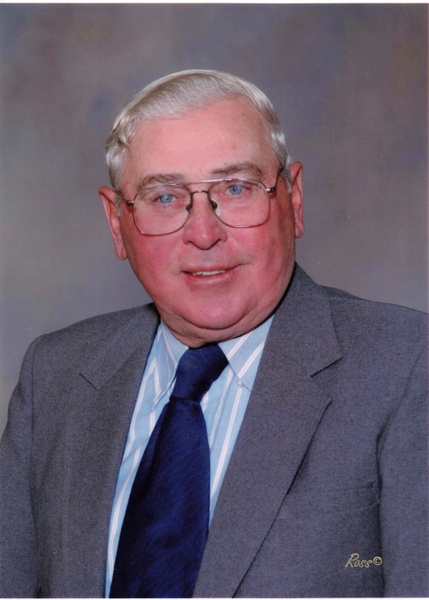 Harold Pellman, 87, of Mantador, ND, passed away on Monday, October 4, 2021 at CHI St. Francis Hospital in Breckenridge, MN. Visitation will be held at Sts. Peter and Paul Catholic Church, Mantador, on Thursday, October 7, 2021 from 5:00 PM to 7:00 PM, followed by a prayer service at 7:00 PM.  Visitation will continue at the church on Friday, October 8, 2021 from 9:30 AM to 10:30 AM, followed by his Mass of Christian Burial at 10:30 AM.  Burial will be at Calvary Cemetery in Mantador.  In lieu of flowers, donations can be given to a charity of your choice.  Arrangements have been entrusted to Vertin-Munson Funeral Home.

Harold Joseph Pellman was born on January 31, 1934 to John and Rosa Ann (Klosterman) Pellman in Mantador, ND.  He grew up in Mantador where he attended grade school and later graduated from St. Francis Academy in Hankinson, ND.  In 1955, he enlisted in the United States Army and was stationed in Germany and Ft. Sill Oklahoma.  After his honorable discharge in 1957, he returned home where he farmed with his brothers.

On May 14, 1981, Harold was united in marriage to Joyce Gaukler in Mantador, and was blessed to gain two daughters, Donna and Lori.  He continued to farm and raise cattle into recent years with his nephews.

Harold was a humble, caring and strong-willed man with a generous heart who never expected anything in return.  He was active in Sts. Peter and Paul Catholic Church and with the Mantador Fire Department where he served as chief for a short while.  He also enjoyed spending time with his family, especially his nephews.

He was preceded in death by his parents, John and Rosa Ann Pellman; his wife, Joyce; his siblings, Charles, Leo, Joan, Catherine, Patricia, and Florence; and several nephews and nieces.

Harold’s memory will be held in reverence for all family and friends who had the pleasure of knowing him. His warm and genuine presence may no longer grace us on Earth, but we take solace that his soul has found eternal rest with Our Father. He will be missed.

To order memorial trees or send flowers to the family in memory of Harold Pellman, please visit our flower store.