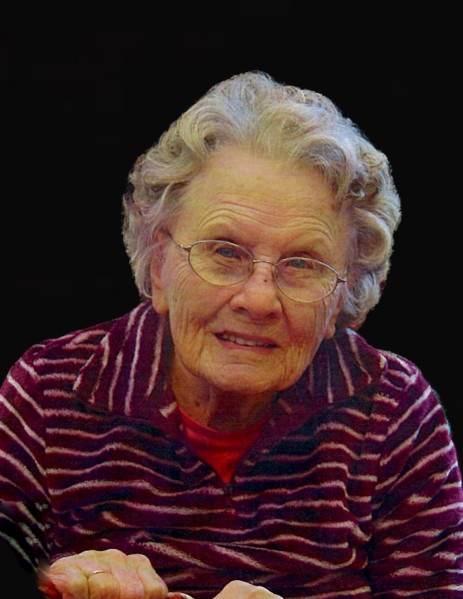 Harriet Odegaard, 92, of Fargo, ND, formerly of Wyndmere, ND, passed away Wednesday, August 10, 2022, at SMP-St. Catherine’s North in Fargo.  Services will be held 1 p.m. on Monday, August 15, 2022, at Vertin-Munson Funeral Home with visitation one hour prior.  Burial will be in Gol-Aal Cemetery in Wyndmere.  Arrangements have been entrusted to Vertin-Munson Funeral Home.

Harriet was born January 11, 1929, to John C. and Olda (Farup) Ostern at St. Francis Hospital in Breckenridge, Minnesota.  She attended grade school in Hall Township, then went on to attend high school in Wyndmere, North Dakota, graduating in 1948.  After high school, she began teaching in Garborg Township.  She was united in marriage to Gerald Odegaard on July 1, 1950.  After marriage, Harriet and Gerald made their home on the Odegaard family farm.  Harriet worked at St. Francis Hospital for many years in the housekeeping department, and after retirement, she and Gerald moved to Fargo.  After Gerald passed away, Harriet moved to Flandreau, South Dakota to be near her son Daniel.  While living in Flandreau, her son Daniel passed away, and she moved back to Fargo, becoming a resident of Rosewood on Broadway, now known as SMP-St. Catherine’s North, where she spent the last 5 years of her life.

Harriet enjoyed playing bingo, and volunteering at the Gol Aal Church in Wyndmere whenever she could.

Harriet is survived by her brother, Eskild (Dianna) Ostern; nephew, Harold (Sheri) Odegaard; sister in law, Carol Mitzkog; and granddaughter, Chelsey Lemke; and many other nieces and nephews.

To order memorial trees or send flowers to the family in memory of Harriet Odegaard, please visit our flower store.
Open