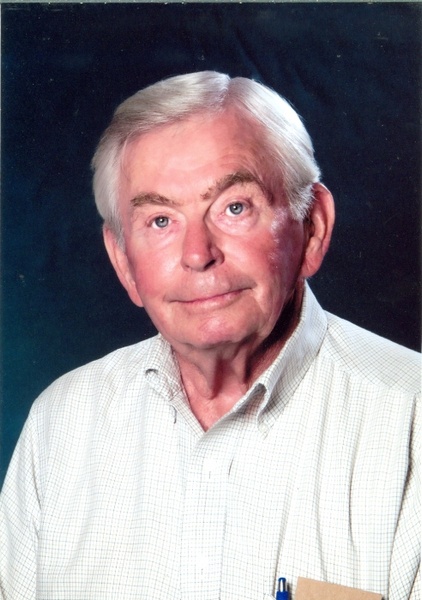 Henry J. L. Kjos, 90, Wyndmere, ND, passed away Monday, May 11, 2020, at St. Catherine’s Living Center in Wahpeton, ND.  A private family service will be held with a celebration of Henry’s life at a later date. Arrangements have been entrusted to Vertin-Munson Funeral Home, Wahpeton.

Henry James Lee Kjos was born on September 23, 1929 to Peter J. and Irene (Lee) Kjos, their first child and only son.  He was raised on the family farm near Wyndmere, ND and was baptized and confirmed at Immanuel Lutheran Church near DeLamere, ND.  He was Township Chairman for many years.

His early education began at a little country school near his home, and he later graduated from Wyndmere High School. Being the only son, he remained on the farm working by his father’s side.  On June 26, 1955 he was united in marriage to Norma Jean Thomas at the Milnor Lutheran Church.  They continued to live on the Kjos farm for many years, where five of their children were born, and they were later blessed with two more children.  The family moved to Spearfish, SD where Henry was employed at Homestake Gold Mine, and was later awarded a cruise vacation for developing a system to improve production.  In 1993, when their youngest child graduated high school, Henry and Norma returned to Wyndmere.

Henry was a member of Wyndmere Lutheran Church. He loved music and acquired an interest in classical music.  Henry was a friend to all and loved to visit with the young and the old.

Henry was preceded in death by his parents, his son Thomas Lee, and brother-in-law, Glennis Eckre.

To order memorial trees or send flowers to the family in memory of Henry Kjos, please visit our flower store.