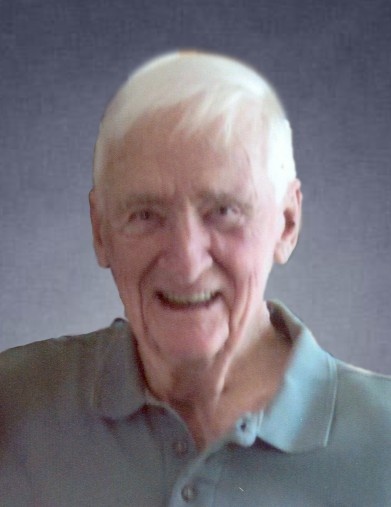 Henry (H.T.) “Bud” Nyquist, 91, of Wahpeton, ND, passed away on Monday, November 18, 2019 at Bethany Assisted Living in Fargo, ND.  Visitation will be held on Friday, November 22, 2019 from 10:00 AM to 11:00 AM, followed by his Mass of Christian Burial at 11:00 AM at St. John’s Catholic Church in Wahpeton.  Burial will be at Calvary Cemetery, Wahpeton.  Arrangements are entrusted to Vertin-Munson Funeral Home.

Henry (H.T.) Nyquist was born on April 26, 1928 to Henry and Thelma (Johnson) Nyquist in Brainerd, MN.  He grew up in Brainerd and graduated from Brainerd High School.  On August 8, 1950 he was united in marriage to Gloria Novick.  Henry served in the Army as a staff sergeant from 1951 to 1952 until he was honorably discharged after he was injured in Alabama.  In 1958, Henry and Gloria moved to Wahpeton where they spent their life together, raised their three children, and he owned his business as a dental lab technician.

Henry loved spending time fishing, hunting, and golfing.  He enjoyed his Tuesday night get-togethers with friends as well as playing bridge in numerous bridge clubs.  But, what Henry loved the most, was spending time with his grandchildren and great-grandsons.  Henry was extremely grateful for his life-long friendships, some of whom are still with us and others who have passed.

Grateful for having shared in Henry’s life are his son, John S. Nyquist; his grandchildren, John R. (Niki) Nyquist and Ryan (Aja) Nyquist; his great-grandsons, Drew and Mason Nyquist; a daughter-in-law, Dawn Nyquist; and his loving dog, Zeus.

He was preceded in death by his life-long love, Gloria; his parents, Henry and Thelma Nyquist; one daughter, Beth Ann Nyquist; and one son, David H. Nyquist.

Henry's Memorial Folder
To order memorial trees or send flowers to the family in memory of Henry Nyquist, please visit our flower store.