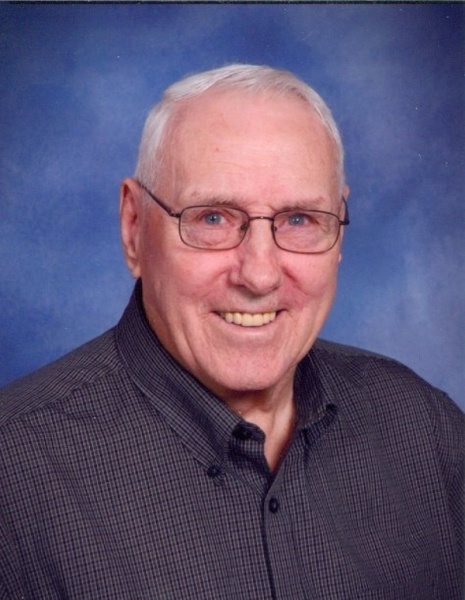 Herbert Cecil Hiedeman, husband, father, grandfather, great-grandfather, farmer and carpenter, passed away on Sunday, January 5, 2020 at the Minnesota Veteran’s Home in Fergus Falls, MN, at the age of 91.  Visitation will be Tuesday, January 7, 2020 from 5:00 PM to 7:00 PM with a prayer service at Vertin-Munson Funeral Home in Wahpeton.  Visitation will continue on Wednesday, January 8, from 10:00 AM to 11:00 AM followed by a memorial service at 11:00 AM at Breckenridge United Methodist Church in Breckenridge, MN.  Pastor Mark Gronseth will officiate the service.  Arrangements have been entrusted to Vertin-Munson Funeral Home.

Herb was born on November 26, 1928, on a farm in Sunnyside Township, Wilkin County, the 9th of 10 children. He attended country school through 8th grade and subsequently graduated from Campbell High School. Herb enlisted in the Army in 1951 and was deployed to Korea as a Field Wire Maintenance man. During his Army tenure he was awarded the Korean Service Medal with 3 Bronze Stars and the United Nations Service Medal. Upon his discharge in 1953, he returned home and met and married Phyllis Lankow in 1954. They raised their family on a grain and hog farm south of Doran until 1985, when they moved to Wahpeton, where Herb continued to “farm” in his yard resulting in several Yard of the Week awards. Despite a serious construction injury in 1967 that resulted in the loss of his leg and the crippling of his right hand, Herb persevered, and people were often unaware that he lived most of his life with an artificial limb.

Some of his fondest childhood memories included playing baseball with his siblings--he always said the family was big enough to field their own baseball team--and with the Everdell Tigers. As a young man he enjoyed taking his own family on camping trips in the pop-up tent trailer to see various National Parks and local landmarks and Sunday afternoons were always family time whether that meant picnicking at Otter Tail Lake or watching a Vikings game together. Herb was also proud to be project foreman whenever his kids needed something built or remodeled. Later in life he loved spending times with his grandkids whether it was just visiting a local park or taking them on overnight sightseeing trips. And certainly, it must be noted that he was an avid Minnesota Twins fan!

Herb is survived by his wife of 65 years, Phyllis; daughters, Deb, Pam (Mark) McDonald, and Patty (Joe) Engh; his sons, Duane (Susan) and Jeff (Suzette); as well as numerous grandchildren and great-grandchildren; and his sister-in-law, Barb Hiedeman.

The family wishes to express their sincere appreciation for the exceptional care delivered by the staff of the Minnesota Veterans Home throughout Herb’s stay and to LB Hospice in his last days.

Remembrances may be made to The Breckenridge United Methodist Church or the Minnesota Veterans Home, Fergus Falls, MN.