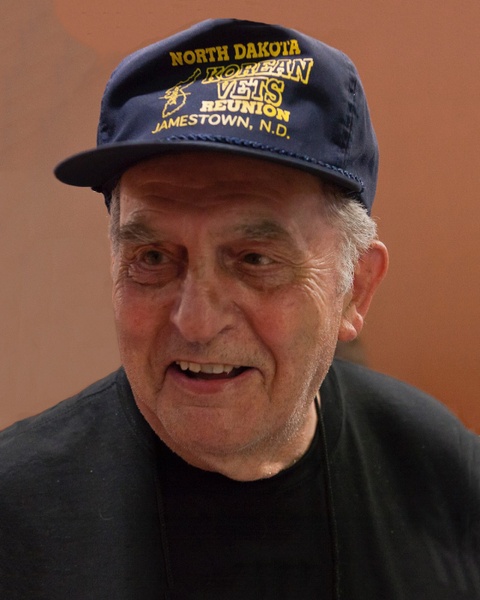 We lost one of the best.  Herman Heilman, 93, died at his home on the morning of May 20, 2022. A prayer service and rosary will be held at St. Johns Catholic Church of Wahpeton, ND, on Wednesday, May 25, 2022, starting at 6:30 p.m. with visitation beginning one hour prior. His Funeral Mass will be held the next day, Thursday, May 26, 2022, at 11 a.m. with Father Dale Lagodinski officiating both services. A livestream of Mass will be available at www.vertinmunson.com. A private family burial will be held at the Fargo VA Cemetery. Arrangements have been entrusted to Vertin-Munson Funeral Home.

Born in Wellsburg, ND to Katherine (Bossart) and Sebastian Heilman on May 2, 1929.  He attended a one-room schoolhouse and grew up on the farm.  He had loads of stories about his time growing up and told them with a glint in his eye and made sure to keep in touch with his teacher.

On Oct. 1, 1951 he married Marie Heil in Selz, ND.  They loved each other for 70 years, 6 months and 19 days and had nine children. Herman served in the Korean war and proudly attended the Korean Veterans reunions throughout the years, and made the trek to Washington D.C. for the Honor Flight in 2017.

After discharge from the Army, Herman started a career with the Great Northern Railroad that lasted over 30 years.  His career was with the railroad, but he was so much more… a caring man, a gardener, a builder, woodworker, friend and most importantly dad, grandpa and great-grandpa.  He could build or fix almost anything; his talents were astounding. Regardless of the talents he inherited, he remained a lifelong learner and was always curious. All of his children cherish his hand-made marble boards, porch swings and many other gifts and words of wisdom given over the years.

Herman was a kind soul who loved his family, he found complete joy in his grandkids.  There wasn’t much that made him happier than spoiling his grandchildren or making them giggle.  He thoroughly enjoyed teaching them to appreciate polka music in the car and sneaking them their favorite treats.

He was always there for his family.  He supported them, believed in them, and stood behind them; always giving them more than he received.  He stressed the value of education, and instilled the importance of helping and respecting each other.  His quick wit and sense of humor taught them to remember to laugh and love.  He gave his family so much to pass on.

His wife Marie of 70 years will miss him every day.  To carry on his legacy are his children Diane (Jim) Heilman-Felt, Bob (Rebecca), Ron (Kristi), Allen (Lisa), Richard (Pegg), Carla, Annette, and Ann (Kory) Werlinger, 8 grandchildren, and 8 great-grandchildren.  Waiting to greet him in heaven are his infant daughter Karen, his parents, brothers Pete, Joe, and Ed along with his sisters Eve Locknicar and Annie Goldade.

Rest Easy Dad…You will continue to light our way.  We love you.