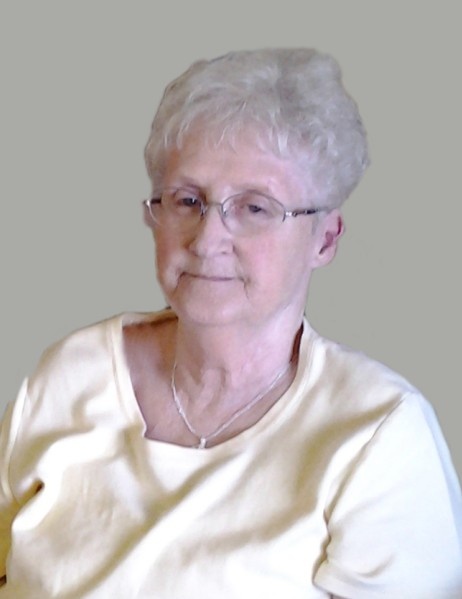 Ila Mae Leinen, 76, of Wahpeton, passed away on April 16, 2018 at St. Catherine's Living Center and is now on her journey to Heaven. All who knew her will miss her. She touched many lives during her days shared among us.

Ila Mae Gast was born on January 06, 1942 in Wahpeton, ND to Herbert John Gast and Alice Frances Thiel. She lived most of her life in the Wahpeton and Fargo, ND area. She was a lifelong member of St John’s Catholic Church in Wahpeton, ND. Ila Mae married Raymond Henry Leinen on August 19, 1959 in Wahpeton, ND. Together they raised three daughters and a son; Shelly Rae Slama of Bullhead City, AZ; Curtis John Leinen of Fargo, ND; Sandra Mae Rex and Holly Ann Hansen; both of Wahpeton, ND.

Besides her children, survivors include her youngest sister, Janelle Ehrman of Summerfield, Fl; her sisters-in-law, Marlene Gast and Karen Engstrom, both of Wahpeton, ND; several grandchildren, great-grandchildren, nieces and nephews.

She was preceded in death by her husband, Raymond Leinen, who passed away on June 24, 2006;  her mother and father; brother, Darrell E. Gast; sister, Sharon R. Wateland; including brothers-in-law, Kermit Wateland and Ronald Leinen. Ila's Memorial Folder
To order memorial trees or send flowers to the family in memory of Ila Leinen, please visit our flower store.