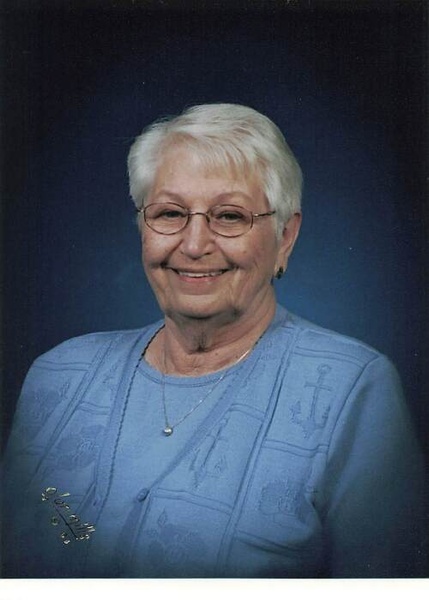 Irene Holmquist, 93, of Breckenridge, MN, formerly of Abercrombie, ND, passed away on Thursday, April 14, 2022, at Twin Town Villa in Breckenridge.  Visitation will be held on Tuesday, April 19, 2022, from 10:00 AM to 11:00 AM, followed by her funeral service at 11:00 AM at Vertin-Munson Funeral Home in Wahpeton, ND.  A livestream of her service will be available on her obituary page on the funeral home’s website.  In lieu of flowers, donations can be sent to Twin Town Villa or CHI Health at Home Hospice. Arrangements have been entrusted to Vertin-Munson Funeral Home.

Irene Isabel Hanson was born on January 20, 1929, in Montevideo, MN, to Louis and Isabel (Zahnow) Hanson.  She grew up in Montevideo where she graduated from High School.  After graduation, Irene worked in Montevideo for an optometrist, a furniture store, a creamery, and at a dental office in Minneapolis, MN.

Irene met Wayne Holmquist at a dance one night and he told her that he was going to marry her.  He kept that promise and on February 18, 1950, the two were united in marriage.  The couple moved around to follow Wayne’s job to Minneapolis, Montevideo, and Montana before eventually settling in Abercrombie, ND, where Wayne was the general manager for Red River Telephone and Irene stayed at home to raise her family.  After retiring, they moved into Wahpeton and Wayne passed away in 2012.  Irene moved into Twin Town Villa in 2020 where she resided until her time of passing.

Irene ran a strict household and was an excellent cook.  She enjoyed bowling, roller skating, having coffee with the local ladies, and spending time at East Lost Lake.  She loved her beagles, Snoopy, Brandy, and Fonzie, and liked to spoil them by making them popcorn.

She was preceded in death by her husband, Wayne; her parents, Louis and Isabel; two daughters, Pamela Joy and Terry Holmquist; and two brothers, Lester and Wesley Hanson.

Irene's Memorial Folder
To order memorial trees or send flowers to the family in memory of Irene Holmquist, please visit our flower store.