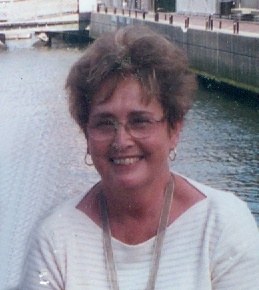 Liz A. Herman, 78, Wahpeton, ND, passed away Monday, August 7, 2017 at St. Catherine’s Living Center, Wahpeton, ND. The Funeral Mass will be 11:00 am, Friday, August 11, at St. John’s Catholic Church, Wahpeton, with Rev. Dale Lagodinski officiating. Visitation will be 6 PM to 8 PM with a 7 PM Prayer Vigil, Thursday at the church and one hour before the service on Friday. Interment will be at Fairview Cemetery, Wahpeton. Arrangements have been entrusted with Vertin-Munson Funeral Home, Wahpeton.

Isabelle Ann Herman, also known as “Liz” was born June 14, 1939 at Redwood Falls, MN, the daughter of Ruben and Adella (Katzenberger) Terhell. She grew up and attended schools in Elbow Lake, MN graduating from High School. She attended college at St. Cloud, MN and received her teaching certificate at Valley City Teachers College. She taught at Henning, MN and was united in marriage to Durlyn Herman on June 18, 1960 in Elbow Lake, MN. The couple lived in Dawson, ND where she taught before moving to Wahpeton, ND in 1963. Liz taught first grade for several years in Wahpeton before opening her business with Ginger Oas, Better Answer, Answering Service. Liz suffered a stroke in 2001 which limited her active lifestyle, she entered St. Catherine’s in 2014.

Liz was a member of St. John’s Catholic Church and was active in the church circles. She loved to walk, especially with her Shih Tzu dogs. She was an avid reader and belonged to a bridge club, birthday club and literary club. She enjoyed summers at the lakes with her family and friends and will be remembered by her infectious smile and how she brightened everyone’s day she came into contact with.

She was preceded in death her parents, a sister, Sally Nystrom and brother-in-law, Ed Nystrom.