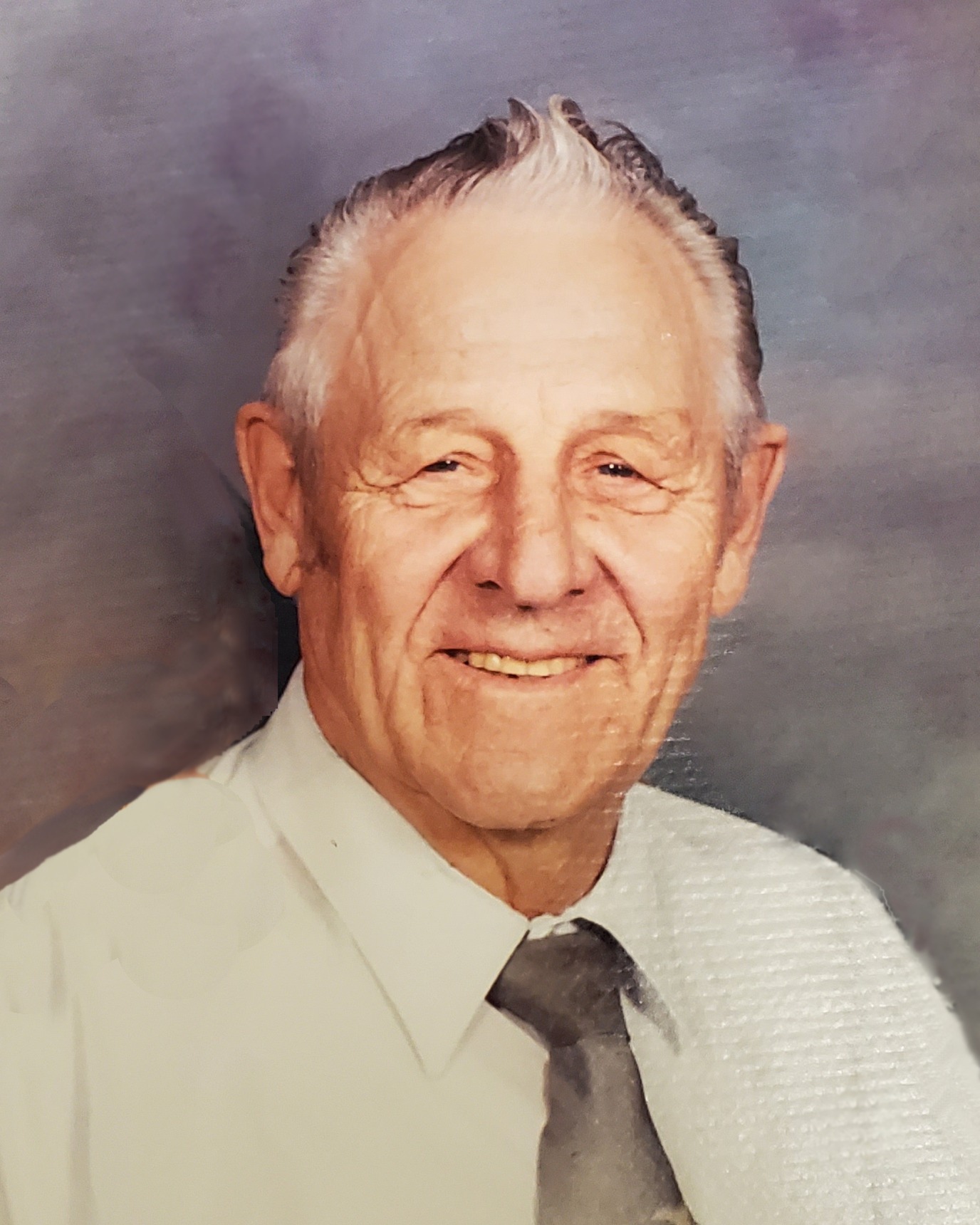 Hand delivered by a local florist

James "Jim" Anderson, entered his eternal rest early Wednesday, November 16, 2022, in the care of the North Dakota Veterans Home in Lisbon, ND. His loving wife, Darlene Anderson, of 67 years was close to his side. Jim's funeral service will be held at Harvest Outreach Church in Wahpeton, ND, led by Pastor Dominic Warne, on Tuesday, November 22, 2022. His funeral service will begin at 12 pm, with visitation held an hour prior. Burial will be held at Elk Creek Cemetery in Wyndmere, ND, after his service. Arrangements have been entrusted to Vertin-Munson Funeral Home.

James Anderson was born April 2, 1926, to William and Elizabeth (Fank) Anderson, near Walcott, ND. He grew up in the Walcott area on the family farm. He was united in marriage to his love, Darlene Aljoe, a registered nurse from Tower City, ND, on January 14, 1955.  In 1956, the couple moved to Wyndmere, ND, after buying the Mike Standy farm. Jim served 2 years in the U.S. Army in Korea. He was proud to serve his country and always held a great and deep respect for the United States flag, our freedom, and his heritage. Jim farmed for many years, but he and Darlene also grew their family. In 1957, they welcomed their first born, James Anderson Jr., and 5 years later their daughter, Susan Anderson (Heitkamp). Darlene and James are both members of Harvest Outreach Church in Wahpeton, ND.

James served on the Viking Township Board for 35 plus years, the Richland County Weed Board for 10 plus years and worked as their weed control officer from 1994-2006. He loved to serve his community and was instrumental in work with several cooperative central projects and helping neighboring county weed boards. In 2010, the North Dakota Weed Control Association presented Jim the 2010 Senior Career award for his many years of service. When he wasn’t farming, Jim enjoyed wood working, flying his plane and hunting and fishing. He made many different projects from rocking horses to bird houses. He would build and Darlene would finish them. He loved fishing, but his favorite spot was North in the Canadian Waters.  He drove school bus for many years for Wyndmere Public School.

He is Preceded in death by his son, James Anderson Jr.; his parents, William and Elizabeth Anderson; and his many brothers and sisters.

The family would like to thank the Skilled Staff on Courage/Freedom at the NDVH and Noreen Dykema for their wonderful care Jim received while living there.

To order memorial trees or send flowers to the family in memory of James "Jim" Anderson, please visit our flower store.