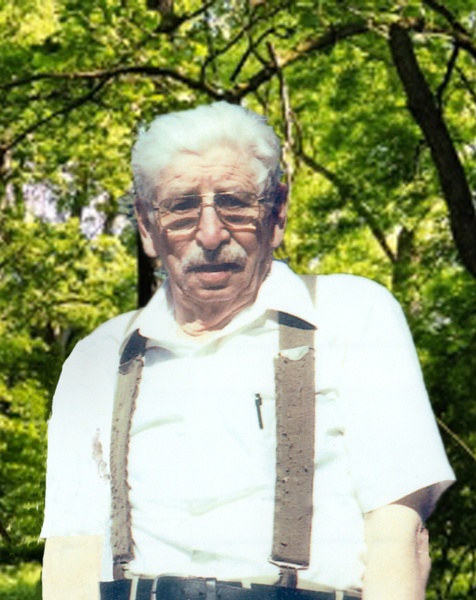 James Sjoquist, 93, of Wahpeton, ND passed away on Sunday, December 9, 2018 at St. Catherine’s Living Center in Wahpeton.  Visitation will be held on Thursday, December 13, 2018 from 1:30 pm to 2:00 pm, followed by his funeral service at 2:00 pm at the St. Catherine’s Living Center Chapel.  Burial will be at a later date at the Grafton Lutheran Cemetery, Grafton, ND. Arrangements are entrusted to Vertin-Munson Funeral Home, Wahpeton.

James Ernest Sjoquist was born on November 22, 1925 in Grafton, North Dakota to Ernest E. and Clara (Tronson) Sjoquist.  He grew up in Grafton and attended the Grafton Public School.  After attending the National Youth Administrative School he worked in a Defense Plant in Seattle, WA.  On April 26, 1943 he entered the United States Army.  He was honorably discharged on October 13, 1945 at St. Cloud, MN.  James worked in the restaurant-food service industry for many years including Grand Forks, ND and Minneapolis, MN.  He retired in 1990,

lived in Fargo, North Dakota and entered St. Catherine’s Living Center, Wahpeton, North Dakota in September 2006.  James had a keen interest in stocks, bonds and investing; and always afforded himself the “luxury” of the Wall Street Journal.

He is survived by his son Sidney (Connie) Sjoquist, Wahpeton, North Dakota, grandchildren, a nephew, and several nieces.  He was preceded in death by his parents, 2 infant sisters, 1 infant brother, a sister Elizabeth Nelson of Minneapolis MN and a brother Earl of West Fargo, North Dakota. James's Memorial Folder
To order memorial trees or send flowers to the family in memory of James Sjoquist, please visit our flower store.