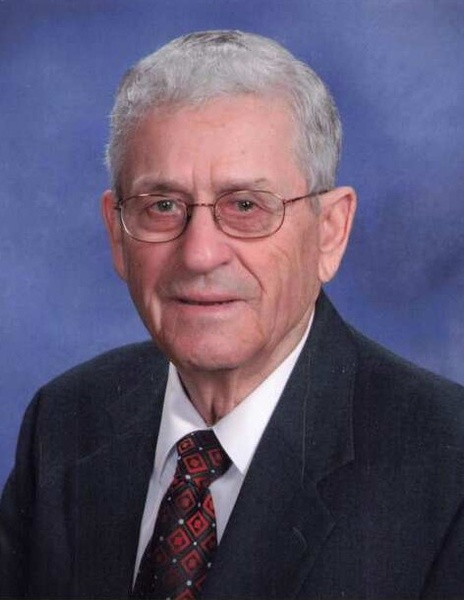 James Allen Stone, age 89, of Wahpeton, ND and formerly of the Barney, ND area, passed away at St. Francis Home, Breckenridge, MN, on Tuesday, November 24, 2020.  Visitation will be held on Friday, April 23, 2021, from 5 pm to 7 pm with a prayer service at 7 pm at Evergreen United Methodist Church in Wahpeton. Visitation will continue on Saturday, April 24, 2021, at 10 am followed by his memorial service at 11 am at the church.  Rev. Mary Ann Bernard will officiate the service. Burial will be in Antelope Cemetery in rural Barney, ND. The family request that masks be worn at the services.  Arrangements have been entrusted to Vertin-Munson Funeral Home.

James “Jim” Stone was born on June 7, 1931, on the farm in Antelope Township near Barney, ND, to Robert and Helen (Johnson) Stone.  He grew up on the family farm and learned at a young age the importance of farm chores, how to drive the tractor, and handling workhorses from his father. He attended Antelope Consolidated School and graduated from Wyndmere High School in 1949, and later attended NDSCS. In 1952 he joined the U.S. Army and was stationed for two years in South Korea, being honorably discharged in 1954.  He returned to Barney and farmed with his father and brother on the family farm.

After his return, Jim met and married the love of his life Beverly Bettermann on September 23, 1955, at the old Olivet Lutheran Church in Fargo, ND. They raised their children on the family farm, which was originally the Antelope Bonanza Farm.   Along with farming, Jim took special pride in raising registered Black Angus cattle.

He was an active member of the Robert Bergman American Legion Post No.283 holding different offices.  He was a leader of the Antelope Rangers 4-H Club for many years and participated in the Young Farmers Program.  Jim played independent baseball in Mooreton, ND, and was a basketball referee in the surrounding area with his brother Duane, but only after all the cows were milked.  He had been a life-long member of the Antelope United Methodist Church before attending Evergreen UMC.

After Jim retired in 1991, some of the neighbors made plans for his time from working in the fields to helping with vegetable gardens.  He also became caretaker of the Antelope Cemetery until his retirement of that in 2015

During their twenty-some years enjoying Square Dancing, Jim and Bev did some traveling.  They made many friends in the Tri-state area as well as Mexico, Hawaii, Arizona, and Las Vegas

He is preceded in death by his parents; brother, Duane Stone; nephew, Brian Stone; and all of his aunts and uncles.

In lieu of flowers, the family request donations be made to Evergreen United Methodist Church or the Antelope Cemetery Fund.

To order memorial trees or send flowers to the family in memory of James Stone, please visit our flower store.