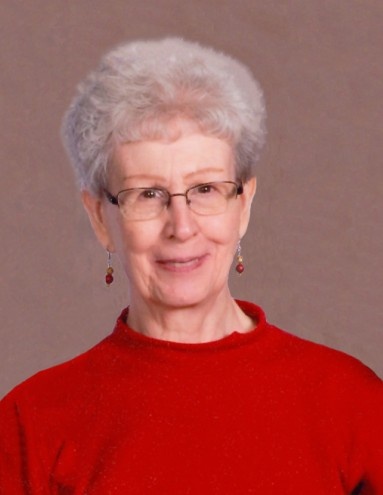 Janet Fehr, 78, of Breckenridge, MN, formerly of Ellsworth, KS, passed away on Sunday, September 09, 2018 at CHI St. Francis Nursing Home, Breckenridge under the care of CHI Health at Home Hospice.  Visitation will be held on Tuesday, September 11, 2018 from 9:00 am to 10:00 am, followed by her funeral service at 10:00 am at the United Methodist Church in Breckenridge with Rev. Mark Gronseth officiating.  A Memorial Service will be held at Ellsworth Methodist Church and burial will follow beside her husband Lloyd at Mission Hills Cemetery, Smolan, KS later this week.  Arrangements have been entrusted to Vertin-Munson Funeral Home, Wahpeton, ND and Parsons Funeral Home, Ellsworth, KS.

Janet Tannehill was born to Harry and Lois (Parker) Tannehill, October 5, 1939 at Clay Center, KS.  She was raised on a dairy farm near Wakefield, KS. At an early age, Janet asked their pastor if she could be confirmed and join the Methodist Church.  She recalls he felt if children desired to know the Lord and become members they should be allowed, and to this day, Janet would say, “O, I still remember what great joy was in my heart that day.”  She went on to graduate from Wakefield High School and began working as a dental assistant in Clay Center, KS until she met Lloyd Fehr. On March 20, 1960, Lloyd and Janet were married. As they moved to different communities, Janet loved being a homemaker and raising their son, Steve.

First and foremost, Janet was a Christian and a lady.  Janet and Lloyd’s priorities were church and family. Janet loved bible studies and as her health allowed, enjoyed being a part of Methodist Women.  When Janet learned of her brain hemorrhage and the subsequent occurrences this past month, her constant refrain was, “God is good.” We are glad her greatest desire to be with Jesus has now come to pass.

In lieu of plants and flowers, the family asks you to remember Janet’s concern for Food Pantries and give your memorial to your local Pantry.