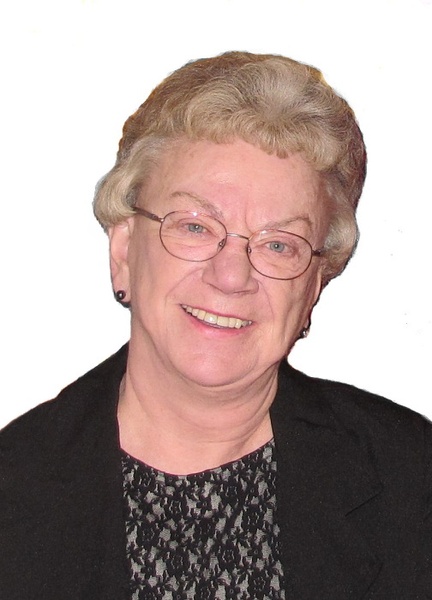 Jeanette Marie McDonald of Minneapolis, MN, formerly of Mooreton, ND, passed away on October 3, 2019 in Mesa, AZ.  A gathering honoring Jeanette’s life will be held at 12 noon on Friday, July 10,, 2020 at the Mooreton Community Center, followed by a graveside service at 1:00 pm at St. Anthony’s Catholic Cemetery, Mooreton.

Jeanette was born May 7, 1943 at St. Francis Hospital in Breckenridge, MN to Harvey and Mary (Klosterman) McDonald.    She attended Antelope Consolidated School until her Junior Year when Antelope’s High School was combined with Wyndmere High School.  After graduation in 1961 Jeanette went on to St. Francis Hospital Medical Records Technician School.   She finished her schooling in 1962 and moved to Minneapolis living at Maybeth Page Girls Club.   There she made friends, while getting used to Minneapolis and planning for an apartment.    Jeanette worked at St. Barnabas Hospital for 3 years; then decided to venture to California in 1965 at Wilma Klosterman’s suggestion.   She lived in Palo Alto, CA while working at Stanford Linear Accelerator Center until 1969.   In 1969 Jeanette returned to Minneapolis to be closer to her sister and nieces.    She went to work for Dr. Harry Johnson, MD until 1987 when she started work in the Speech Pathology Department of Hennepin County Medical Center.   She worked at HCMC until retiring in 2003.

Jeanette enjoyed travel, loved her daily newspaper and monitoring the parking lot at the condo from her recliner via closed caption tv channel.  She was always in the know as to who was coming and going from HER building.   She made trips to Alaska while Larry was living and working there.   Once Larry retired in 2007 they were together almost every day until her death.   They wintered in Mesa, AZ at his place and summered at Jeanette’s condo in Minneapolis.    Jeanette passed away in Mesa, AZ on  October 3, 2019 with Larry and Scott at her side.

To order memorial trees or send flowers to the family in memory of Jeanette McDonald, please visit our flower store.