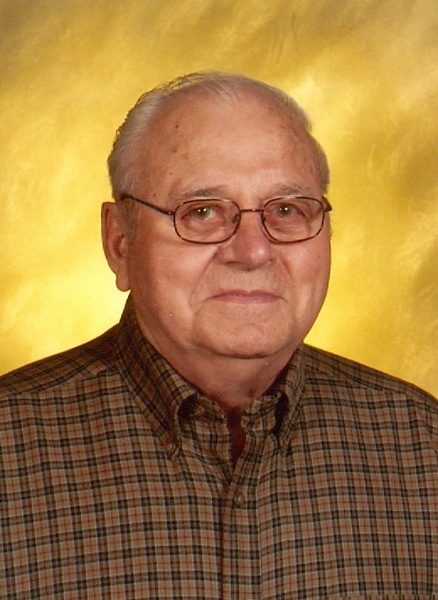 Jerome Gira, 89, Wahpeton, ND, passed away Sunday, July 30, 2017 at CHI St. Francis Health, Breckenridge, MN. The Funeral Service will be Tuesday, 1:30 PM, at Evergreen United Methodist Church, Wahpeton, ND, with Rev. Jen Tyler officiating., There will be visitation one hour before the service at the church. Interment will be at Fairview Memorial Gardens, Wahpeton, ND. Arrangements have been entrusted with Vertin-Munson Funeral Home, Wahpeton, ND.

Jerome Herbert Gira was born April 17th, 1928 to Englebert (Bert) and Mary (Pausch) Gira in Hankinson, ND. He attended school in Matador, ND. He entered the U.S. Army on February 6th, 1948, serving durng the Korean conflict. He was stationed in Fort Lewis, Washington and Ladd Field, Alaska, receiving his discharge on January 21st, 1952 at Camp McCoy Wisconsin. He worked as a farm hand until 1953 when he started working for Johnson Trucking. In 1958 he went to work for Schuler Grain, retiring November 1993. In the fall of 1994 he started driving activity bus for Wahpeton School District.

Jerome married Marlys Rasmussen on July 31st, 1953, they made their home in Wahpeton, ND.
He was a member of Evergreen United Methodist Church, Eagles, Vets and American Legion.
He enjoyed wood carving and making things for his grandsons. He enjoyed sports especially baseball. He loved the time he spent with his grandchildren and great grandchildren.