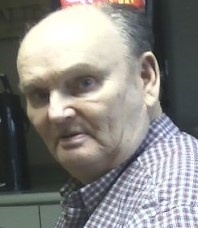 DUE TO THE CURRENT WINTER WEATHER STORM IN OUR AREA, JERRY'S GRAVESIDE SERVICE HAS BEEN POSTPONED UNTIL TUESDAY, DECEMBER 29, 2020 AT 1:00 PM.

Jerry Wayne Berg, age 73, of Abercrombie, ND, passed away on Saturday, December 19, 2020, under the care of Red River Valley Hospice.  He had been a resident of Rosewood on Broadway, Fargo, since the fall of 2016.

Jerry was born in Breckenridge, MN, on September 22, 1947, to Olaf and Anna (Egger) Berg.  He was a farm boy at heart and worked on local farms in the Abercrombie area.  He had a great love of farm tractors and enjoyed collecting model tractors.

He was a member of Emmanuel Lutheran Church in Abercrombie.   He is survived by his sister, Lois (Larry) Walker of Marion, IA; brother, Allan (Jesse) Berg of Abercrombie; two nephews, Michael and Steven Estenson and two nieces, Debbie Simon and Cindy Zietz.

He is preceded in death by his beloved parents, and brother, Dennis.

Memorials may be directed to Emmanuel Lutheran Church in Abercrombie, in his memory, or the Red River Valley Hospice at 1701 - 38th Street South, Ste. 101, Fargo, North Dakota 58103.

Due to the pandemic, a private family graveside service will be held Tuesday, December 29, 2020, 1 p.m.  Arrangements entrusted to Vertin-Munson Funeral Home where the service will be live-streamed and condolences may be left for the family at www.VertinMunson.com.

Jerry's Memorial Folder
To order memorial trees or send flowers to the family in memory of Jerry Berg, please visit our flower store.