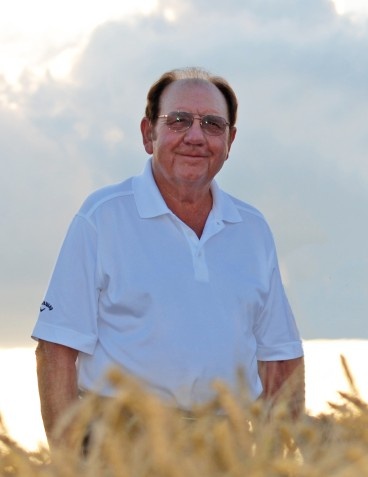 Jerry Meyer, 81, of Wahpeton, ND, passed away on Tuesday, December 31, 2019 at St. Catherine’s Living Center in Wahpeton.  Visitation will be held on Friday, January 3, 2020 from 3:30 PM to 5:30 PM, followed by a prayer service at 5:30 PM at St. John’s Catholic Church in Wahpeton.  Visitation and a rosary will continue at the church on Saturday, January 4, 2020 at 9:30 AM, followed by his Mass of Christian Burial at 10:30 AM.  Arrangements are entrusted to Vertin-Munson Funeral Home.

Gerald “Jerry” Anthony Meyer was born on April 28, 1938 to George and Ida (Krause) Meyer in Summit Township, ND, the youngest of seven children.  He grew up on his family’s farm where he attended the nearby country school and later helped out on the family farm.

On November 15, 1958, Jerry was united in marriage to Mary Mitchell at St. Philip’s Catholic Church in Hankinson, ND.  The couple moved onto their own farm in rural Fairmount, ND, and they were blessed with two children, Monica and Mark.  Jerry and Mary moved into Wahpeton in 1989 where they still reside.

Jerry was a member of St. John’s Catholic Church.  He also served on the DeVillo Township Board and the Minn-Dak Farmer’s Cooperative Board.  He enjoyed hunting, fishing, golfing, restoring antique tractors, traveling, and spending time with his family, especially on their lake place on Ottertail Lake.  He also enjoyed attending Bison games in his later years.  Jerry worked hard on improving their farm through the years. He was an innovative thinker and found solutions to the many situations he faced.

Jerry will be greatly missed by his family.

He was preceded in death by his parents, George and Ida Meyer; and his siblings, Rosemary (Bob) Voss, Florence Boll, Lawrence Meyer, and Elroy Meyer.