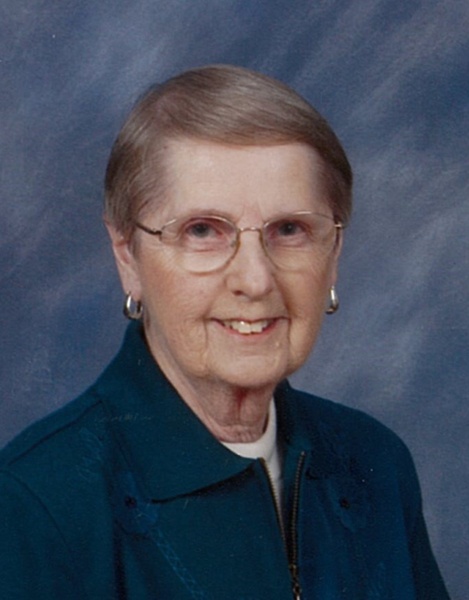 Jo-an H. Berseth, 95, formerly of Colfax, ND, passed away on October 21, 2020, at Edgewood Vista in Brookings, South Dakota. A private service and burial for her immediate family will commence at 1:00 on Saturday, October 31, at Richland Lutheran Church (rural Walcott, ND). Memorials in Jo-an’s memory may be directed to the Richland Lutheran Church. Livestreaming of the service and an online registry can be found at www.vertinmunson.com. The Vertin-Munson Funeral Home in Wahpeton, ND is making the arrangements.

Jo-an H. Hendrickson was born July 13, 1925, to John and Emma (Alm) Hendrickson at their farm near Christine, ND. She was baptized and confirmed in the Christine Lutheran Church. Jo-an received her public-school education in Christine, graduating as the valedictorian of the CHS Class of 1943. She continued her education at the University of North Dakota; graduating in 1947 with a bachelor's degree in home economics. She was the recipient of the P.E.O. Helen Sullivan Freshmen English Award and earned membership in Phi Upsilon and Mortar Board, based upon her leadership, scholarship and service.

Jo-an married Norman Berseth in Minneapolis on July 10, 1945, while he was on military leave. She worked in home extension in Ellendale, ND, during the 1947-48 year before they returned to farm, and start their family in the Colfax area. Once their 4 sons were in school, Jo-an began a teaching career, initially in Abercrombie and later Colfax from 1966-1987. Norman passed away on October 26, 1989, and Jo-an continued to live on the family farm until moving to an apartment in Abercrombie in September of 2007. She moved to Edgewood Vista in Brookings, SD in October 2014.

She was a member of Richland Lutheran Church, serving as a Sunday school teacher and as a member of the church council; and was active in WELCA. Jo-an’s interests included family and friends, reading, card games, sewing, traveling, the Valley Homemakers and the Abercrombie Senior Citizens. On special occasions and for bake sales, her oatmeal-molasses buns were much in demand.

To order memorial trees or send flowers to the family in memory of Jo-an Berseth, please visit our flower store.