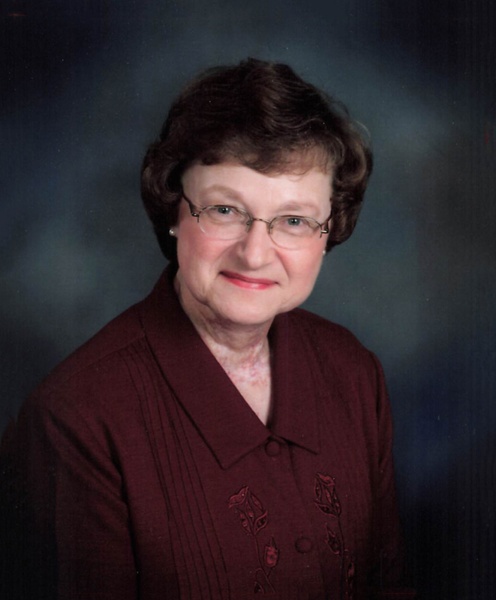 Joan Brown, 76, of Wahpeton, ND, went to be with her Lord and savior Jesus Christ on Wednesday, November 4, 2020 at Essentia Health in Fargo, ND.  Due to the current conditions that our country faces as well as the safety of others, a private family service will be held on Saturday, December 5, 2020 at 1:00 PM at Vertin-Munson Funeral Home.  A live stream of Joan’s service will be available on the funeral home’s website.  Burial will take place at Bagley Cemetery, Bagley, MN. In lieu of flowers, donations can be made to St. Jude’s Children’s Hospital.  Arrangements are entrusted to Vertin-Munson Funeral Home.

Joan Harmy Yanish was born on September 9, 1944 to Robert and Alice (Stensgaard) Yanish in Casper, WY.  She grew up in Climax, CO, where she attended grade school.  Her family later moved to rural Shevlin, MN.  She graduated from Bagley High School in 1962.  After high school, Joan attended St. Luke’s School of Nursing in Duluth, MN, and graduated as a registered nurse in 1966.  She earned a bachelor’s degree in nursing from Bemidji State University in 1986.

On December 10, 1966, Joan was united in marriage to David Brown in Duluth.  The couple then moved to Bagley, MN, where they were blessed with their son, Matthew, in 1969.  Joan worked as an RN at the local hospital, clinic, and nursing home over the course of the next 20 years.  David went to be with Jesus in 1981.  Joan moved to Fargo/Moorhead in 1987 to work at Dakota Hospital, and later served at the VA Medical Center for 18 years.  She moved to Wahpeton in 2002, to be closer to her family, and retired in 2006.  Joan received the Secretary’s Award for Excellence in Nursing in both 1999 and 2003.

Joan was gentle, loving, generous, and kind.  Her caring nature and servant’s heart were a true gift to her patients, friends, and loved ones.  She was a gifted musician and writer.  She enjoyed singing, playing piano, needlework, reading, writing, and Bible studies, but what she enjoyed most of all was spending time with her family.  She was an active member of Inspiration Lutheran Brethren Church in Breckenridge, MN.

She was preceded in death by her parents, Robert and Alice Yanish; and her husband, David Brown. Joan's Memorial Folder
To order memorial trees or send flowers to the family in memory of Joan Brown, please visit our flower store.