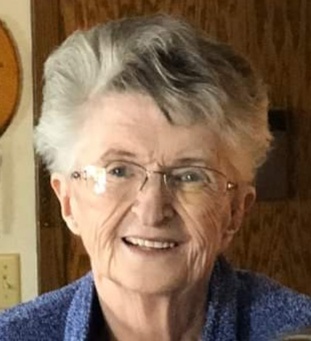 Joan M. Wawers, 81, of Wahpeton, ND, passed away on Sunday, August 11, 2019 at Valley Eldercare Center in Grand Forks, ND, surrounded by her family.  There will be a rosary held at 9:30 AM, followed by a visitation from 10:00 AM to 11:00 AM, and her memorial service at 11:00 AM on Saturday, September 7, 2019 at Vertin-Munson Funeral Home in Wahpeton.  FR. Dale Lagodinski will officiate the service.  Arrangements are entrusted to Vertin-Munson Funeral Home.

Joan Margaret Layman was born on September 7, 1937 to Earl and Della (Bump) Layman at Graceville, MN.  She grew up in Graceville, MN.  Joan married Paul Wawers on February 7, 1959, in Fairmount, ND.  Joan was a beautician and owned and operated Joan's Beauty Shoppe in Fairmount, ND, until 1987, when she retired and moved to Wahpeton, ND.  Joan enjoyed baking all her favorite recipes for each and every family member, making crafts, fishing, camping, gardening, reading, holiday decorating and celebrations, and playing games with her family and close friends. Tea parties with her grandchildren and great-grandchildren were always a favorite. Taking care of her family was always her top priority, even until the end. Joan's Memorial Folder
To order memorial trees or send flowers to the family in memory of Joan Wawers, please visit our flower store.