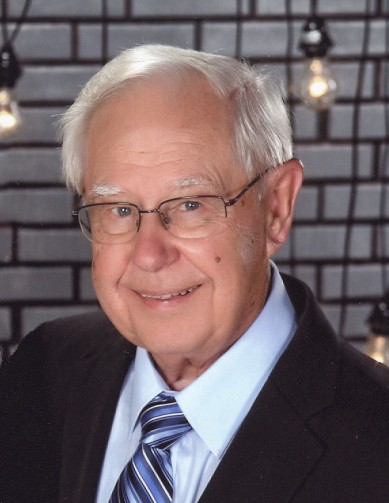 Joen M. Blouin, 84 of Wahpeton, ND, fell asleep in death on July 4, 2018 under the care of Hospice.  Joen’s family and friends have lost a loving husband, father, grandfather, brother and uncle.  On February 28, 1958, Joen married Dorothy Helgeson and they raised their two daughters, Jennifer and Diana.

Joen was born at home on the family farm near DeLamere, ND to James and Hazel (Henjum) Blouin.  He spent his early years on the farm.  After graduation from high school he moved to Fargo, ND where he found his first printing job in a small duplicating service owned by Interstate Business College.  This began a lifelong career and love for printing.  It ended after teaching graphic arts for 28 years at NDSCS, in Wahpeton.

He was a member of the International Graphic Arts Education Association. He spent many summers traveling with his family to various colleges attending their conferences and learning the latest in the printing industry.

In 1950, he was baptized as one of Jehovah’s Witnesses.  It was his faith and love for the Bible that shaped him into the person he was.  He regularly spent many hours volunteering his time helping others to learn about the Bible and God’s Kingdom.

He served for decades as an elder in the Breckenridge Congregation.  In his final days many in the congregation came to visit him or they sent cards expressing their appreciation and thanking him for his care and for the work he did on their behalf.

He was preceded in death by his parents, James and Hazel Blouin; his brother, Marvin; brother and sister-in-law, Margie and Garf Graalum; and his mother-in-law, Anna Helgeson.

We are all grateful for sharing his life.  We long for the time when he is resurrected and we can be with him again forever in a beautiful paradise on earth where all “sickness, sorrow, pain and death have passed away.” Rev 21:4

Blouin's Memorial Folder
To order memorial trees or send flowers to the family in memory of Joen Blouin, please visit our flower store.