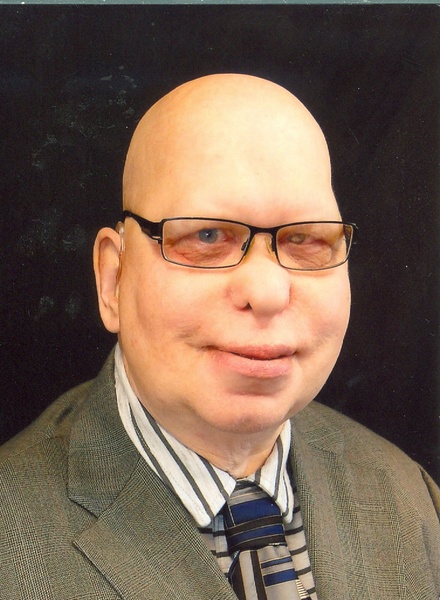 John Faleide, 58, of Wahpeton, ND passed away on Tuesday, March 21, 2017 at Essentia Health in Fargo, ND. His funeral service will be held at 2:00 pm on Monday, March 27, 2017 at Bethel Lutheran Church, Wahpeton, with Rev. Erika Buller officiating. Visitation will be one hour prior to the service at the church. Arrangements are entrusted to Vertin-Munson Funeral Home, Wahpeton.

John Faleide was born on October 1, 1958 in Fargo, ND to Vernon and Rhoda (Aune) Faleide. He continued to live in Fargo for a short while until 1960 when he moved to Grafton, ND to attend Grafton State School. He attended the State School in Grafton until 1985 and then moved to a group home in Wahpeton, ND under the care of Red River Human Services. In 1992 he was moved from the group home to ISLA services, where he was living until the time of his death.

John impacted the hearts and lives of all those closest to him. John was known best for his wonderful sense of humor, always smiling and joking with his fist in the air saying "wanna fight?" John had a truly compassionate and empathetic soul, with his final act of kindness as an organ donor, giving hope to many others. He always knew when you needed a hug or a simple "you cry?" John enjoyed traveling, participating in Special Olympics; especially bowling and bocce ball, and playing with Boo, his cat. John also enjoyed grilling out, swimming with his friends, going to the movies, and eating pancakes from the Fryn' Pan. John had a passion for arts and crafts. He filled his apartment with all of his "Art work".

He was preceded in death by his father, Vernon; his grandparents, Methune and Gladys Faleide and Simon and Lena Aune; three aunts; and two uncles.