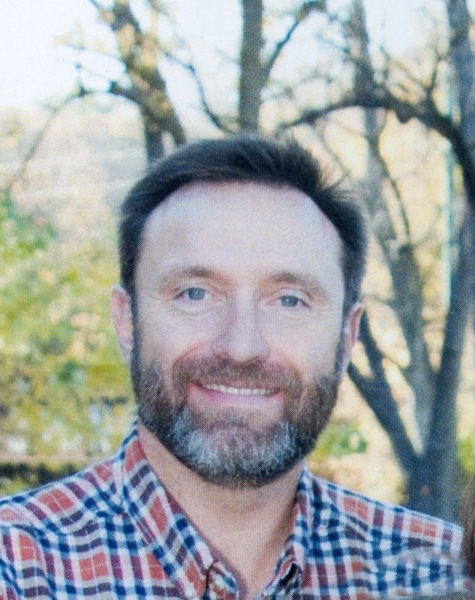 John C. Goerger, 44, Barney, ND passed away on Thursday, June 29, 2017 near Gwinner, ND as the result of an aircraft accident. The Funeral Mass will be on Monday, July 3, at 10:30 AM at St. John The Baptist Catholic Church, Wyndmere, ND with Rev. Dale Lagodinski officiating. Visitation will be on Sunday, from 5 PM to 7 PM with a prayer vigil at 7 PM at St. John The Baptist Catholic Church and one hour prior to the service at the church on Monday. Interment will be at St. John’s Catholic Cemetery, Wyndmere. Arrangements are entrusted to Vertin-Munson Funeral Home, Wahpeton, ND.

John Carl Goerger, born September 18, 1972, joined the heavenly ranks Thursday morning. He was an accomplished pilot; but that doesn’t even begin to describe the amazing heart he had. John was the father of three beautiful children, Ethan, Michael, and Lucinda. He loved them with every ounce of his being. As attentive of a father he was, he found more in his heart to share with the love of his life, his wife Cathryn. The two absolutely embodied the concept of soulmates and loved each other completely.
But, still, his love and kindness was not exclusive to his created family. He was a devoted son and sibling. Often, he could be found working out in the yard with his father, Allan, followed by joining his dad inside to visit with his mother, Patricia. His sisters, Lorena and Stephanie, miss him dearly. His big sister, Bernadine, is guiding him through the next step.

John was a very generous spirit and would give anything and everything to his friends and family. He is survived by his parents, Patricia and Allan Goerger; his children Ethan, Michael, and Lucinda; his wife Cathryn; his sister Lorena Goerger; his sister Stephanie, her husband Lenn Goerger-Sandahl, and their children: Kallan and John Beckett; his brother-in-law David Puetz and his children: Natasha, Monica, Nickolas, Alexandra, and Caroline; and many cousins and extended family members.

He is preceded by his grandparents, Adelaide and Edmund Goerger, and Agnus and Embert Davis; and his sister, Bernadine. Wyndmere, ND
Monday, July 3, 2017
11:30 AM
To order memorial trees or send flowers to the family in memory of John Goerger, please visit our flower store.