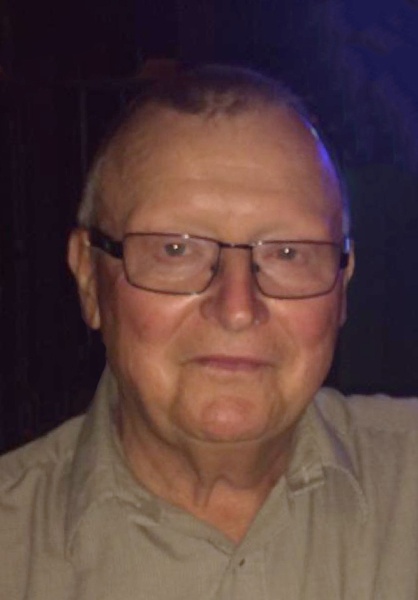 He was born on December 27th,1943, to Tollef and Ethel Lee in Veblen, SD. He was raised in Rutland, ND, where he graduated high school. In 1965 he joined the Oakes Army National Guard and served until his honorable discharge in 1971.

On May 16th, 1970 he married Cheryl Halstenson. Their relationship was marked with 50 years of adventures: summers at Wee Villa Resort, international travel, criss-crossing the United States in their RV for warm winters in Arizona and Texas, and meeting new friends wherever they ended up.

John took great pride in his 40-year career at Peterson Mechanical. He retired as the company’s Vice President in 2010. He also served as the mayor of Colfax for 20 years.  During this time, he led the city through a devastating tornado in 1980 and helped to oversee the building of a new community hall. After serving as mayor, he remained on the city council for a number of years.

For John, life was a celebration. He could turn any situation into a party. When he discovered a hobby, he went all out. Flying seemed fun, so he bought an airplane. Biking was fun, so he did 40 miles at a time. He liked camping so he built a camper. When he took up photography, he set up a darkroom in the basement. He didn’t dabble.  It was all or nothing.

John loved his family more than anything. He was always wondering “Where’s Cheryl?”  He was so proud of his daughters and the lives they’d created for themselves. Nothing brought him more happiness than his grandchildren. Watching them, visiting with them, kidding around with them, and simply enjoying them. These were his favorite things to do. He really was the best dad and grandpa ever.

In lieu of flowers, memorials are preferred to Our Savior’s Lutheran Church (general fund) in Colfax, Sanford Hospice or to Roger Maris Cancer Center in Fargo. Arrangements entrusted to Vertin-Munson Funeral Home.

The family would like to extend its gratitude to the Staff at Roger Maris Cancer Center, Sanford Hospice and Sanford Home Health.

To order memorial trees or send flowers to the family in memory of John Lee, please visit our flower store.