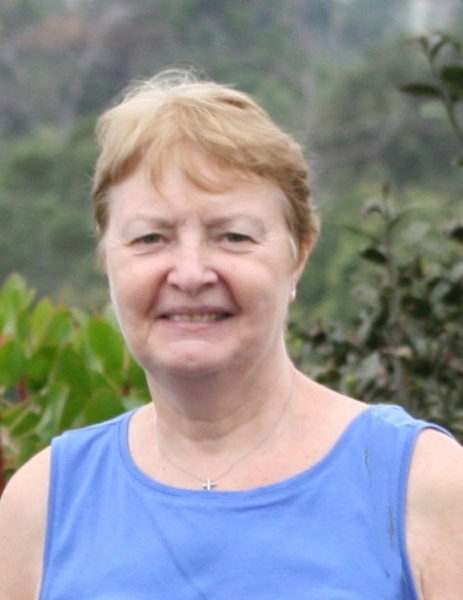 Karen Hipp, 70, of Breckenridge, MN, passed away on Sunday, November 24, 2019 at her home under the care of CHI Health at Home Hospice.  Visitation will be held on Friday, November 29, 2019 from 1:30 PM to 2:30 PM, followed by her Mass of Christian Burial at 2:30 PM at St. John’s Catholic Church in Wahpeton, ND.  Fr. Dale Lagodinski will officiate the service.  Arrangements are entrusted to Vertin-Munson Funeral Home.

Karen Jean Lotzer was born June 19, 1949 in Sisseton, SD to Leonard and Maxine Lotzer.  She was the “middle child”, the fourth of seven children.  She attended elementary school in Sisseton and later in Browns Valley, MN.

In 1968, she graduated from St. Francis Academy in Hankinson, ND.  The Academy is where she met her future husband, Neil Hipp, although she didn’t particularly care for him (at that time).

After graduation she accepted a job with Sun Newspapers, and then later with the Kirsch Company, both in Minneapolis.  According to the Lord’s plan, Neil was also working in the Cities, and he asked her to go to a movie.  A friendship became a relationship and ultimately led to a marriage in 1971.

Karen and Neil were blessed with three children -

Over the course of  48+ years of marriage, Neil’s jobs took him from Minneapolis, MN to Columbus, OH, to Cherry Hill, NJ and eventually to Breckenridge, MN, where they spent the last 22 years of Karen’s life.

Karen lovingly embraced each transition and made friends quickly in each new location.  Christ was always at the center of her life and she raised her children with the same devotion.  She always found ways to be active in her parish.

She enjoyed providing child daycare in many of the places where she lived, but in 1992 her grandchildren began making their appearances, so she retired from daycare and spent her time loving and snuggling with each new grandbaby.

She adored her grandkids and they occupied much of her time.  But Karen wouldn’t have had it any other way.  She and Neil made it a priority to attend the many recitals, plays, sporting events and other activities in which their grandchildren were involved.

Karen loved being outside in the sunshine, especially spending time caring for her flowers.  Her flower gardens grew larger each year, and the “Yard of the Week” recognition she received in 2018 was savored.

Karen poured love into everything she did.  She was blessed with the gift of compassion and was a patient listener.  She truly cherished her friends and family.

Despite a diagnosis of metastasized breast cancer in 2014, and the chemotherapy treatments that followed, she and Neil traveled to 48 of the 50 states and completed every item on her bucket list, before she experienced the amazing care of CHI Health at Home Hospice in September this year.

Karen was at peace with her Maker when He called.  She was ready to be in paradise with Him when she passed away peacefully on Sunday, November 24, 2019, in her home, surrounded by her family.

Heavens gain is our loss and we will always miss her.

To order memorial trees or send flowers to the family in memory of Karen Hipp, please visit our flower store.