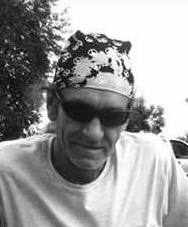 Kenneth Meyer, 52, Wahpeton, ND, passed away on Monday, March 6, 2017 at his residence under the care of his family and Hospice of the Red River Valley. The Funeral Mass will be on Friday, March 10, at 11:00 AM at St. John's Catholic Church, Wahpeton, with Rev. Dale Lagodinski officiating. The visitation will be on Thursday from 5 PM to 7 PM with a prayer vigil at 7 PM at Vertin-Munson Funeral Home, Wahpeton. There will also be visitation one hour prior to the mass at the church. Interment will be at a later date at Calvary Cemetery, Wahpeton. Arrangements are entrusted to Vertin-Munson Funeral Home, Wahpeton, ND.

Kenneth James Meyer was born on April 16, 1964 in Breckenridge, MN the son of Leo and Arline (Simdorn) Meyer. He was raised by Norbert and Arline in Wahpeton where he attended school in Wahpeton and received his GED. He continued to live in Wahpeton and raised his two daughters. Ken worked many jobs over the years including, WCCO, Primewood, Sigco, Northern Contours, Sun Opta, and Krause Brothers. In more recent years, Ken worked the harvest with Minn Dak Farmer's Coop and babysat his grandchildren fulltime.

Ken loved to read and watch movies and music was a huge part of his life. He loved hanging out with his siblings, playing cards and talking for hours. He also spent time with his nieces and nephews and their children. He made sure to talk to both of his daughters every day, no matter what. His favorite thing to do was be with his grandchildren, whether it was setting up a tent in the living room to go "camping", taking them on endless walks, and spending hours pushing swings, he kissed boo boo's and wiped hundreds of tears. Being a Dad and Papa was the thing that made him the most proud and he was amazing at it.

Ken's family asks that you remember his kind heart and that he loved children and would help any child no matter whose it was. Everyone loved his sense of humor and the world will be less without him.

He was preceded in death by his parents, Norbert and Arline Meyer, and Leo Meyer, his granddaughters, Alexia Grace Hicks and Taeyah Mae Gallego, his step granddaughter, Taylor Memory LaBelle, his sister-in-law, Mary Jo Meyer, and many aunts and uncles.