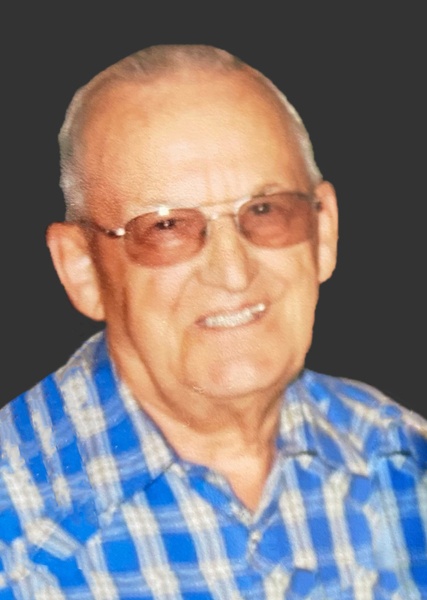 Larry L. Honer, age 91, of Breckenridge, MN, passed away Saturday, September 18, 2021, at CHI St. Francis Medical Center in Breckenridge. Visitation will be held on Tuesday, September 21, 2021, from 5 PM to 7 PM followed by his 7 PM prayer service at Vertin-Munson Funeral Home in Wahpeton, ND. Visitation will continue at the funeral home on Wednesday, September 22, 2021, from 10 AM to 11 AM followed by his 11 AM funeral service. Pastor Peter Anderson will officiate the service. Burial will be in Fairview Memorial Gardens, Wahpeton. Arrangements have been entrusted to Vertin-Munson Funeral Home.

Lawrence “Larry” Louis Honer was born on June 6, 1930, in rural Dent, MN to Frank and Anna (Coleman) Honer. He was the fourth of 17 children. He grew up on the family farm and was educated in a country school.

Larry worked at various occupations before moving to Montana to work on a ranch. While in Montana, Larry enlisted in the US Army during the Korean Conflict. After returning from the military, Larry moved to North Dakota and began working for Schulers Trucking of Breckenridge.

Larry was united in marriage on July 7, 1952, to the love of his life, Pearl Odenbrett, they moved to Breckenridge. Following their marriage, Larry began working as a meat cutter starting at National Food Store. He became a manager there until it closed then he went to work for Piggly Wiggly in Wahpeton. After that store closed, he worked at Econo Foods in Wahpeton until he retired in 1995.

Larry and Pearl enjoyed spending their Saturday nights dancing at the Eagles. They also loved to travel, with some of their most memorable vacations being to Disneyland, Disney World, Alaska, and Hawaii for their 50th wedding anniversary. Larry and Pearl spent a lot of time gardening together and enjoyed their outings to go shopping. He was an exceptional carpenter and woodworker, having made many things that family members cherish and display around their houses. Larry was very involved with the grandchildren when they were little, especially helping to take them to and from their events. As the great-grandchildren came along, Larry and Pearl immensely enjoyed their time with them, having many game nights to play Yahtzee and Old Maid.

The family would like to thank the pallbearers,​ Mike Hauschild, Jef Hauschild, Travis Martin, Ethan Ehlert, Barry Stall, and Paul Bommersbach, for all the special memories they created with Larry.

To order memorial trees or send flowers to the family in memory of Larry Honer, please visit our flower store.