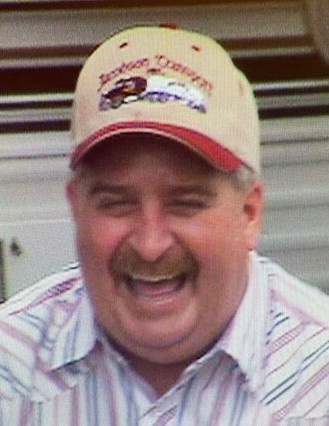 Larry G Olson, 62, of Wahpeton, passed away Monday, September 19, 2022 at his residence.  Services will be held 11 a.m. on Monday, September 26, 2022, at Vertin-Munson Funeral Home Wahpeton, ND with visitation one hour prior.  Burial at St. Anthony's Cemetery in Fairmount to follow lunch.

Larry Olson was born October 17, 1959 in Valley City, North Dakota, to Eugene and Laurine (Lackman) Olson of Litchville, ND.  He was raised on the family farm, and graduated from Litchville High School in 1977.  He then went on to graduate from NDSCS Wahpteton in 1979.

Larry met the love of his life, Rita Leinen, in November of 1979, and they were united in marriage a year later, making their home in Wahpeton.  Shortly after he began his trucking career.

Larry enjoyed NASCAR and drag races.  He didn’t have a favorite driver, just as long as it ran MOPAR.  He also enjoyed acquiring guns, and shooting them. He loved gopher hunting with his brothers in law, and many memories were made during these trips.  The only thing Larry loved more than guns and being a conservative were his wife and their dog.

He was preceded in death by his mother and father in law, Mike and Viola Leinen; sisters and brothers in law, Gail (Donald) Mayor, Cletus Leinen, Carolyn Leinen, Richard Haman, Susan Hogan, and Dave Espitia.