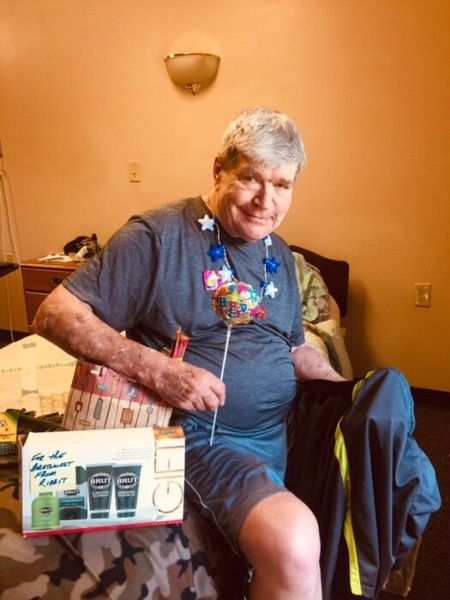 Lawrence James Brunkhorst Jr. was born on July 2, 1946 to Lawrence and Lillian (Schroeder) Brunkhorst in Breckenridge, MN.  He grew up in Wahpeton and graduated from Wahpeton High School with the class of 1964.  After high school, Larry attended NDSCS in Wahpeton before enlisting in the U.S. Army where he was stationed at Fr. Bliss, TX for basic training, Ft. Lewis, WA, and served in Vietnam.  After being wounded in action on November 15, 1967, he was honorably discharged from the service.  He returned to home to Wahpeton and was later awarded the Purple Heart.

Larry was united in marriage to Joan Kuchera on June 29, 1968 in Wahpeton.  The couple lived for a short while in Washington before returning to Wahpeton to raise their family.  Larry worked as a mail carrier for the U.S. Postal Service for over 35 years before his retirement.

Larry was a man of few words who enjoyed the simple and important things that life had to offer.  He loved his family and cherished the time that he got to spend with each one of them.  Larry enjoyed woodworking, taxidermy, gardening, nature, and anything outdoors, especially hunting and fishing.  He was a lifelong member of St. John’s Catholic Church, the Knights of Columbus, and the VFW.  He also served as a Boy Scout leader for a number of years and was very involved in the Red River Area Sportsmen’s Club in conjunction with the Junior Wildlife Club.

He was preceded in death by his parents, Lawrence and Lillian Brunkhorst; his sister, Lila (James) Kerzman; his brother, Lambert Brunkhorst; and his brother-in-law, Magnus Vizenor.

In lieu of flowers, donations can be made to the Red River Area Sportsmen’s Club or Calvary Cemetery in Wahpeton.