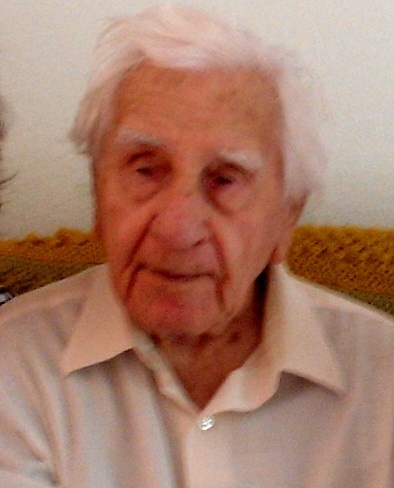 While working on a neighboring farm in Isojoki, Finland, he met Veino Fransiina Pihlaja and they were joined in marriage on December 27, 1936.  They had seven children and operated a general/grocery store in Karjenkyla, Finland until Lenni served in the Finnish Army as a courier to the front lines during WW11. After the war they briefly operated a store in Puutikkala, Finland before moving to Isojoki, Finland.

In 1951 Lenni immigrated to Thunder Bay, Ont. Canada and his family the following year. There they owned a farm and he worked as a lumberjack.

In 1960 they immigrated to Alango, MN. Later they moved to Virginia, MN. During those years Lenni worked as a carpenter until he retired at age 62. He and Vieno moved to Lake Worth, FL, then back to Finland for one year, but decided to come back to USA and became US citizens in 1982. They built a new home in rural Grand Rapids, MN.

Lenni enjoyed walking, visiting and traveling to Scandinavia and throughout the US and Canada. He took great delight in visiting and sharing food with friends and family and we will all miss him so.

A graveside memorial at the time of burial will be on 11/10/2017 at 2:30 pm at Harris Cemetery, 21175 River Road, Grand Rapids, MN.  Arrangements are entrusted to Vertin-Munson Funeral Home, Wahpeton, ND.

To order memorial trees or send flowers to the family in memory of Lenni Torma, please visit our flower store.