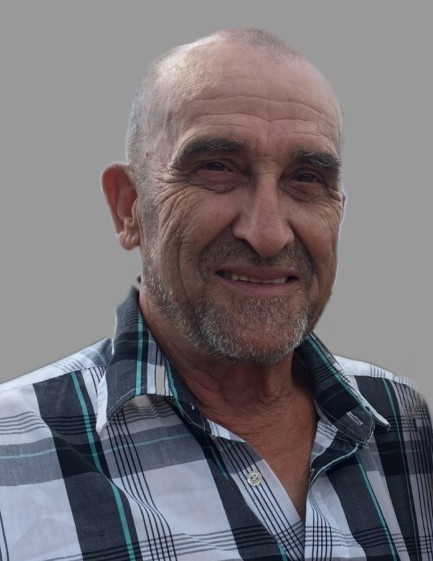 Leon M. Petermann, age 71, of Wahpeton, ND, formerly of Tintah, MN, passed away on Wednesday, October 12, 2021, at Lake Region Healthcare in Fergus Falls, MN. Visitation will be held on Friday, October 15, 2021, from 2:30 PM to 3:30 PM followed by his 3:30 PM memorial mass at St. Gall’s Catholic Church in Tintah. Fr. Leo Moenkedick will officiate the service. Burial will in St. Gall’s Catholic Cemetery, Tintah. Arrangements have been entrusted to Vertin-Munson Funeral Home, Wahpeton.

Leon Michael Petermann was born on April 27, 1950, to Henry and Louise (Thoennes) Petermann in Breckenridge, MN. He grew up in Tintah and graduated from Tintah High School in 1968. He enlisted in the United States Air Force as an airplane mechanic. Traveling for a military career allowed him to see a lot of interesting places. He even spent time in Okinawa, Japan.

After being honorably discharged in the late 1970s, Leon moved to Las Vegas, NV, and became the head chef at Harrahs. He was honored to make meals for Elvis Presley, Liberace, and several other celebrities. In 1978, Leon moved to Sacramento, CA, to work for The Ranch Café. It was there he met and married the love of his life, Vicki Peterson. Vicki and Leon bred Samoyeds, Doberman Pinschers, and Shar Pei puppies as a hobby. They enjoyed having the puppies and inviting people over to play with them. They were also foster parents and an emergency shelter for children for 10 years.

In 1986, Leon started his own company, Peterman Trucking, which eventually turned into Petermann Hardwoods.

Leon was very hardworking and loved to stay busy but in his free time, he enjoyed NASCAR, camping, fishing, and loved smoking cigars. Leon's Memorial Folder
To order memorial trees or send flowers to the family in memory of Leon Petermann, please visit our flower store.