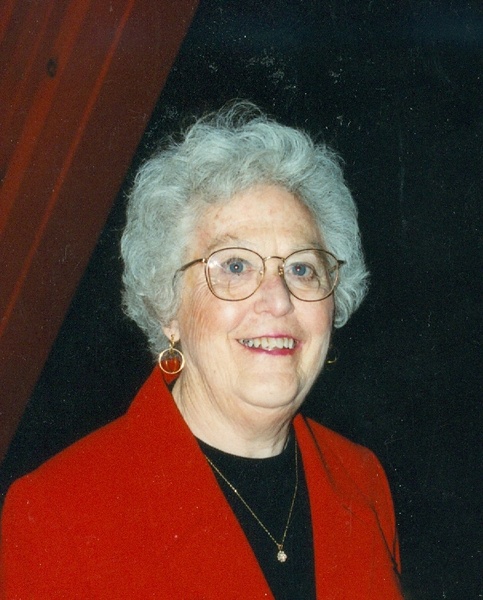 Leona Hektner, 91, of Fargo, ND, formerly Wahpeton, ND passed away on Monday, May 29, 2017 at Bethany on University, Fargo. Visitation will be on Thursday, June 1, 2017 from 5:00 pm to 7:00 pm at Vertin-Munson Funeral Home, Wahpeton. Visitation will continue at 10:00 am, followed by the funeral service at 11:00 am on Friday, June 2, 2017 at Bethel Lutheran Church, Wahpeton, with Rev. Erika Buller officiating. Burial will be at Fairview Memorial Gardens, Wahpeton. Arrangements are entrusted to Vertin-Munson Funeral Home, Wahpeton.

Leona Kragness was born on April 30, 1926, in Eagle Township, Richland County, near Christine, ND to Martin and Ida (Borseth) Kragness. She grew up on a farm with her parents and three older siblings, walking a mile and a half to country school through sixth grade. After graduating from Christine High School, she attended Concordia College, studying business and piano and organ.

On June 22, 1949, Leona was united in marriage to Vernon Hektner, rural Barney, who was an instructor and later dean at North Dakota State College of Science. Leona and Vernon loved to take family trips, often stopping at historic sites, college campuses, and courthouses. They traveled to Norway twice and visited relatives they had not met before. After retiring they spent 20 winters in Florida, welcoming friends and relatives who came to visit. For the last 12 years of Vernon's life, she took care of his daily health needs.

Leona was an active member of her community. She was an organist for Bethel Lutheran Church in Wahpeton for over 30 years and pianist for the Wahpeton Kiwanis Club for 35 years. As a member of Eastern Star, she also advised the Rainbow Girls. She was a member of P.E.O. Chapter J in Wahpeton and chaired the county cancer society. In retirement she served as President of the Richland County Historical Society, a job Vernon had held two decades earlier.

In her spare time, Leona often tended her flower gardens, and she had a particularly green thumb for roses; one of her rose bushes regularly produced all summer for over 40 years. She also enjoyed baking and playing the piano.

She was preceded in death by her parents, her husband Vernon, her sister Aurene Kragness, and her brother Earl Kragness.

In lieu of flowers the family would prefer memorials to the Hektner Scholarship Fund at the NDSCS Alumni Foundation or to the Bethel Lutheran Church Foundation.