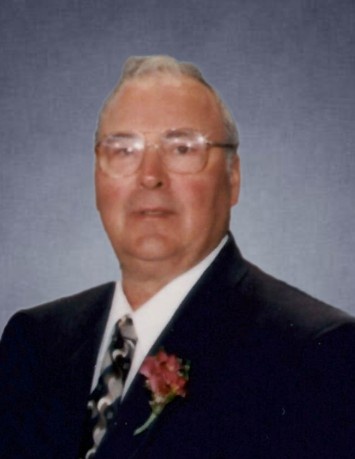 LeRoy “Butch” Dinger, 86, a longtime resident of Wyndmere, ND, and Wahpeton, ND, passed away Tuesday, July 7, 2020, after a short illness.  A memorial service will take place on Saturday, October 3, 2020, at 11:00 AM with visitation one-hour prior at Vertin-Munson Funeral Home in Wahpeton.  Due to Covid-19, the family asks that masks be worn.  Burial will follow at Elk Creek Cemetery in Wyndmere.  Arrangements have been entrusted to Vertin-Munson Funeral Home.

LeRoy was born on the family farm northwest of Wyndmere, ND, on October 4, 1933, to parents, Roy and Mabel Dinger.  He married Ellyn Bahr of Mooreton, ND on October 16, 1952, in the Antelope Methodist Church.  Together they raised their four children: Kevin, Michael, Brenda and Scott.

LeRoy was always a farmer at heart although he had several jobs off the farm, such as Mel’s Electric, Standard Oil of Mooreton, Hoganson’s Construction, and he also drove school bus for the Wyndmere Schools for several years.  After retiring from farming in 1985, he worked part-time for area farmers.

In 2002 LeRoy and Ellyn moved to Wahpeton where they resided until their deaths.

To order memorial trees or send flowers to the family in memory of LeRoy Dinger, please visit our flower store.